NOMINATIONS FOR WOMEN IN POLLS 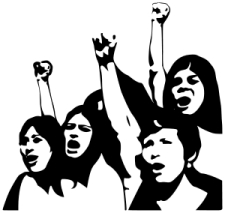 At the Forthcoming General Election all the political parties are urged by the Women’s affairs Ministry to ensure that at least 30 percent of candidates they nominate for election are women. The Ministry also requests the political parties to allocate one third of seats for women even in the National List. this was stated by the Women's Affairs Ministry Secretary in a press release.

The release further stated that the percentage of women in the last parliament was 5.8 percent and that all political parties or groups should as per the Cabinet decision of the new government ensure that more than 30% of the total candidates included in nomination papers should consist of women candidates, The release also noted that 5.8 percentage is a lowest rate among South Asian Countries and Sri Lanka ranks 140 out of 153 countries in female representation in Parliament.

Accordingly, not only in the parliament but also in provincial and local councils, 30 percent participation must be given for women.

news.lk - NOMINATIONS FOR WOMEN IN POLLS