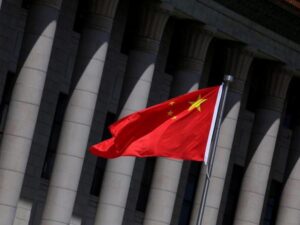 Many have wondered whether former Prime Minister Mahinda Rajapaksa is on the run for collaborating with the Chinese, which has heightened geopolitical tensions in the South Asian region. He did, however, and his pro-Mahinda group’s attacks on those who tarnished his reputation as a mynah (old man) and created a MynaGoGama (MGG) on May 9, 2022, near his official residence, the Temple Trees, resulted in the Rajapaska clan, with the exception of his brother President Gotabaya Rajapaksa, having to leave politics, at least ‘temporary’.

India is concerned about Sri Lanka’s over-emphasis on China, having granted 99-year leases of lands to China. This has unexpectedly altered South Asia’s geopolitical environment. Once a peaceful neighborhood, it has become wary of maritime trade and India’s influence in the Indian Ocean region.

As the economic crisis escalates in Sri Lanka many of the events that took place before and after May 9 was shocking. Initially it was when the pro Mahinda Rajapaksa supporters rammed into the peaceful supporters at the Galle Facce Green on 9 May 2020. Prior to that many geopolitical concerns were raised one such is when the Chinese Communist Party (CCP) tried to hand over its humanitarian support to none other than the Foreign Ministry of Sri Lanka.

Through the China-Sri Lanka Friendship Association of which MP Namal Rajapaksa  who  is the  President of the Sri Lanka-China Friendship Association and currently on the run from the mobs who attacked their ancestral home, had distributed dry rations sent by the CCP to people of Hambantota.  MP Rajapaksa tweeted ‘United we stand, Divided we fall. The truest meaning of this is when we truly come together to help those in need rather than disrupt. Grateful to all those who contributed towards dry rations packs that were distributed to low income families of the Hambantota District’.

But those rations were all distributed by the Chinese government but the CCP trademark was concealed in bags provided to the villagers. They happily accepted as it comes from the Hambantota power family.

The worst of the bribe was the distribution of dry rations comprising of dhal, rice and other items to the staff of the Foreign Ministry but strong objections by the Foreign Service Officers’ Association stopped the distribution.  NO where in the world an Embassy would offer such contribution to the Foreign Ministry especially in a country like Sri Lanka where China has been seriously engaging with politicians to move with their ambitious Belt and Road Initiative (BRI) that is facing immense challenges.

The Chinese freebies for the Foreign Ministry were apparently authorized by Foreign Secretary Jayanath Colombage, and the China-Sri Lanka Friendship Association of which Namal Rajapaksa is the president was to be function as the distribution channel. Colambage has stated that a token presentation should be done in order to project approval..

The Friendship Association has received cash from the Chinese Embassy to purchase food products. A senior Ministry employee from the administrative service sought the names and addresses of Foreign Ministry officials so that deliveries could be made.

An outraged Foreign Service Officers’ Association delegation met with Foreign Secretary Colombage. “We strongly believe that the acceptance of such donations, particularly by members of the Sri Lanka Foreign Service, is not suitable and will position the Foreign Service and the Ministry of Foreign Affairs in an embarrassing situation,” the Association stated in a message.

In an effort to alleviate the situation, Foreign Secretary Colombage requested that the food packets be received by the Foreign Ministry’s Welfare Association. This, however, did not happen. According to the Constitution, Prime Minister Mahinda Rajapaksa’s resignation left the job of Foreign Secretary vacant. As a result, he stated that he was unable to issue any additional commands. Not just diplomatic diplomats, but all other Foreign Ministry employees, agreed they would not accept the food bags.

This is not the first time the Chinese embassy has tried to take advantage of the host country. China has already been accused of paying the government in order to boost their chances of winning projects while keeping the details hidden. As a result, many countries have reacted negatively.

While India has come forward to help Sri Lanka in many ways despite Sri Lanka has been tilted towards China, China’s such embarrassing moments will make Sri Lankans be vigil on Chinese investments in the future.

The new Prime Minister Ranil Wickremesinghe had held talks with India, Japan, China and the US last week in the hope to get help from them as the country is facing a severe financial crisis, and China has once again checkmated Sri Lanka.

According to Central Bank of Sri Lanka Governor Dr. Nandalal Weerasinghe, the Chinese Yuan (CNY) 10 billion (about $ 1.5 billion) currency swap with Sri Lanka cannot even be used to promote Chinese imports to Sri Lanka. Due to the People’s Bank of China’s (PBoC) swap regulations, the Chinese swap cannot be used for anything at this moment. Is it out of embarrassment or retaliation for Sri Lanka’s tilt toward India? Both possibilities exist.