( May 8, 2014, Washington DC, Sri Lanka Guardian) In the past 20 years, 18 African nations have been ravaged by war. It is estimated that up to 100 million Africans have been victims of war, violence, sexual abuse or natural disasters or witnessed horrific acts of terror and now suffer from post-traumatic stress (PTS). 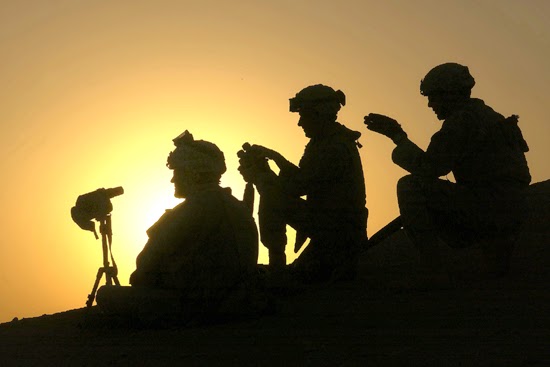 PTS disables Africans and prevents people from living happy productive lives. Its influence ripples out, affecting the lives of friends and families, co-workers, communities, nations and Africa as a whole. In many ways, PTS keeps affected communities under the shadow of trauma, even after the overt disturbance has passed. Left untreated, PTS cripples functioning and puts its victims at greater risk for self-destructive and violent behavior: severe depression, alcoholism, drug abuse, anxiety, emotional numbness, unemployment, family problems and suicide.

Experts acknowledge that PTS has been resistant to the many conventional approaches used to treat psychological disturbance. Particularly in Africa, with limited numbers of psychiatrists and psychologists and limited access to physician-prescribed drugs, there is a pressing need for simple, cost-effective and easily sustainable treatments. There is, however, an alternative approach that is highly effective in treating PTS. We suggest that all Africans and in particular all African militaries implement the Transcendental Meditation program because there is a large body of evidence supporting the positive benefits this alternative approach.

A number of pilot studies published in refereed journals have demonstrated that Transcendental Meditation® (TM) can rapidly reduce symptoms of PTS and with regular practice these symptoms are further reduced and a wide range of other benefits is gained.

Transcendental Meditation, also known as TM, is an evidenced-based solution, with a substantial amount of published, peer-reviewed research that has accumulated since 1970. In both case studies and clinical trials, TM has vastly outperformed other modalities by dramatically reducing stress, anxiety, depression and a host of PTS symptoms.

Here are some evidence-based examples showing reductions in *PTS:

* The February 2014 issue of the Journal of Traumatic Stress documents significant reductions in PTS symptoms within ten days among African war refugees from the Congo who were taught TM. In a month, eleven subjects were virtually free of symptoms.

* An April 2013 study in the same journal showed that PTS symptoms among African refugees went from &quot;severe&quot; to &quot;non-symptomatic levels&quot; after 30 days of TM and remained low at 135 days.

* In 2011, the journal Military Medicine published a study showing the effectiveness of TM in reducing PTS in veterans of Operation Enduring Freedom and Operation Iraqi Freedom. Participants had a 50 percent reduction of symptoms after eight weeks of TM.

* And in 1985, a report in the Journal of Counseling and Development demonstrated a significant reduction of symptoms among Vietnam War veterans practicing TM for at least three months. A control group using psychotherapy was found to have had no significant improvements.

Picture of Prevention Wing of the Military in Latin America

Indoor Picture of Prevention Wing of the Military in Latin America

In recent years, military-related leaders in the USA, Latin America, Asia, and Africa, have applied TM not only because it reduces PTS, but because peer-reviewed scientific papers have confirmed that regular practice produces many other wide-ranging, measurable benefits. These include increased intelligence, creativity; reduced stress and improved health; and more fulfilling and harmonious interpersonal relationships. Most importantly to warriors, TM increases resilience, mental clarity and physical strength as well enhancing mind-body coordination (See Defence and Security Alert, Vol. 4, Issue No. 8, pages 34-39). Also, from a practical standpoint, the TM program is easy to do and has no religious philosophy attached. For nearly sixty years it has been taught to millions of people (including schoolchildren and their teachers) around the world from every race, cultural background, religion, ethnicity and educational background.

Numerous studies show that TM uniquely calms the stress of tense, burnt-out, anxious, and depressed people. In particular, a 2013 meta-analysis of 10 controlled studies found that TM significantly reduced anxiety, and the higher the anxiety level, the greater the reduction.

Over 350 research studies on TM have been published in 160 peer-reviewed academic and medical journals. The peer-reviewed process ensured that this evidence-based research met the highest standards. No other stress-reduction program has comparable research support. The American Heart Association, in a Summary Paper, said &quot;the Transcendental Meditation technique is the only meditation practice that has been shown to lower blood pressure.&quot;

In 2011, the David Lynch Foundation and African PTSD Relief co-sponsored an initiative to make the Transcendental Meditation program initially available to 10,000 Africans suffering from PTS. We support this initiative. Any organization, whether a school, business, or a military, would be pleased to know that its members are operating free of PTS. They would also want to be more effective and efficient, whether during war or peace. We recommend that TM be put on military training programs because it brings out the best in any individual, and any military would be pleased that its warriors are working at their optimal levels.

The TM evidence-based research tells an objective story pointing to a simple, fast, and cost-effective solution for not only conquering PTS, but to help alleviate many of Africa&apos;s other pressing problems. Achieving lasting happiness and peace--both inner and outer, that&apos;s what we all want for all African people, sooner, if possible, than later.

The authors urge African leaders to adopt this evidence-based program.

*Note: A table listing the American Psychological Association&apos;s twenty DSM-5 symptoms of Post-Traumatic Stress Disorder (PTSD) along with the scientific research conducted on the Transcendental Meditation program published in peer-reviewed scientific journals addressing each of these symptoms/criteria is available online at: http://www.davidleffler.com/tm-reduces-twenty-symptoms-of-ptsd

David Leffler, Ph.D., is Executive Director of the Center for Advanced Military Science (CAMS). http://www.StrongMilitary.org. He served as an Associate of the Proteus Management Group at the Center for Strategic Leadership, US Army War College. Dr. Leffler is the author of &quot;A New Role for the Military: Preventing Enemies from Arising - Reviving an Ancient Approach to Peace.&quot; He is on Twitter.

David Shapiro, M.A., is Founding President of African PTSD Relief (Twitter: AfricaPTSRelief, YouTube video: http://www.davidlynchfoundation.org/africa.html#video=goWNosrfFvI), an Iowa, US non-profit, charitable corporation dedicated to reducing PTS across Africa by teaching the Transcendental Meditation program to individuals or groups with PTS or at risk of getting PTS. He is a co-author of the two research studies on TM and PTSD in Uganda. For information on African PTSD Relief or to implement a program, please contact David Shapiro at info@africanptsdrelief.org.


srilankaguardian.org - General Recommends Proven Approach for Relief from Stress of War and Violence