(Answers to some of the questions on India-Sri Lanka relations and China raised by an international news agency answered on August 11, 2014 are given here.) 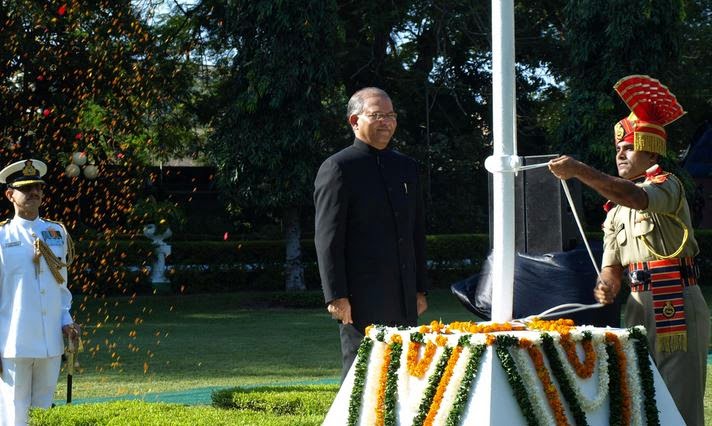 The multifaceted India-Sri Lanka relationship has undergone subtle changes after the Eelam War ended in triumph for Rajapaksa. The main reason for this is President Rajapaksa’s failure to implement 13th Amendment to the Constitution and trigger the political process with Tamil minority as promised to India. His act of political expedience not only destroyed the Indian leadership’s credibility in him but also the public credibility in the Manmohan Singh coalition’s ability to handle the relations with India’s neighbours.

Its tectonic effects in Tamil Nadu politics saw the end of the Congress party’s fragile relationship with the DMK with disastrous results in the parliamentary poll for both the parties. It provided a fillip for anti-Sri Lanka lobbies in Tamil Nadu to gain strength particularly after Sri Lanka continued to dither on carrying out impartial probe into allegations of human rights violations towards the end of the war.

At the diplomatic level, the impact was seen in hesitant swings in India’s support for Sri Lanka at the UN Human Rights Commission sessions on Sri Lanka’s accountability. However, at the functional level both India and Sri Lanka seem to be keen to maintain some balance in their responses to acts of political and public provocation on both sides.

China’s entry in a big way in Sri Lanka is dislocating India-Sri Lanka relations on the strategic and trade fronts. Strategically India has been put on the defensive after Sri Lanka signed the Strategic Cooperative Partnership (SCP) agreement with China and welcomed China’s initiative in promoting ‘Maritime Silk Route’ (MSR) through the Indian Ocean. India is likely to factor these developments while moving forward in its relations with China, set to take off shortly.

Sri Lanka’s scant recognition of India’s valuable economic and development assistance at a much lesser cost in public pronouncements show that Sri Lanka is taking India for granted. This belief is further reinforced by its skewed trade policy changes giving advantage to China over India show that pro-Chinese lobbies in Sri Lanka are firmly established. We can expect China to gain further advantage when it signs the Free Trade Agreement (FTA) with China by the end of the year, we can expect Indian trade to be affected further.

Do you really see Sri Lanka neutralizing Indian influence using China time to time or as a balancing act?

India is physically too close and too big for comfort for a small country like Sri Lanka. So it has always to factor India while mapping its relations with any other country. At the same time it makes sense for Sri Lanka to develop a parallel relationship with a big power like China to derive some comfort from its support.

So there is no question of Sri Lanka neutralizing Indian influence with its huge economic and strategic clout in South Asia and Indian Ocean Region (IOR). Sri Lanka has assiduously cultivated India over the years resulting in flourishing two-way trade particularly after the signing of FTA with India. Sri Lankan marine infrastructure is mostly dependent upon Indian shipping for survival.

While China can erode India’s influence in Sri Lanka, it is doubtful it can ever totally substitute India. Moreover, China has a bigger stake in building closer strategic and economic partnership with India. So at present there is little incentive for China to join hands with Sri Lanka at the cost of better relations with India. So Sri Lanka can at best try to take maximum advantage for its own benefit from the developing relationship between the two Asian giants. I think this is what Sri Lanka is trying to do. But at what cost to India is the question?

This should not minimise the strategic advantage China gains from firmly establishing itself in Sri Lanka. Infrastructures controlled by China in Sri Lanka will help its strategic build up in the IOR where India is a dominant power. Sri Lanka becomes a mid way take off point for China’s naval assets to dominate the sea lanes which would not only safeguard its shipping trade but interdict others in times of confrontation. It will also augment China’s electronic intelligence effort targeting not only India but also other powers operating in the IOR and its periphery.

Now China is going to start/back an aircraft maintenance service centre in Sri Lanka and Hambantota port is also going to be under their control at least for the next three decades. Do you see these projects are purely on economic interests?

We should not see these issues in isolation but as responses to multiple developments in India, Sri Lanka and China. These are part of Chinese effort to gain a firm hold of the strategic infrastructure in the country. Strategic security in 21st century is much more than the physical aspect. Every economic activity has a strategic relevance for China. So the infrastructure assets it is creating now for economic considerations will always have a strategic context in China’s power projection.

Do you see increasing Chinese influence in Sri Lanka is a security concern for India, though India does not openly say it?

Normally friendly nations do not share their security concerns about each other in public. India has been expressing its security concerns to Sri Lanka diplomatically from time to time. I am sure Sri Lanka also does it. This is what strategic dialogues are meant for.

China has actively engaged with a host of countries in the neighbourhood to rebuild the ancient silk road connecting China with Europe through the Central Asian States and trade corridors like Bangladesh, China, India, Myanmar, (BCIM) as well as direct economic corridor with Pakistan through the Pakistan Occupied Kashmir(PoK). In this context, how do you see increasing Chinese influence in Sri Lanka?

This is a bigger ball game China is playing which would call for analysis of happenings spread over a huge land mass. I would not venture to answer this in the present context.

(Col R Hariharan is a retired MI analyst who served as the head of intelligence of the Indian Peace Keeping Force (1987-90). He is associated with the Chennai Centre for China Studies and the South Asia Analysis Group. E-mail: haridirect@gmail.com Blog: http://col.hariharan.info)