Election 2020 – An Analysis and Trends 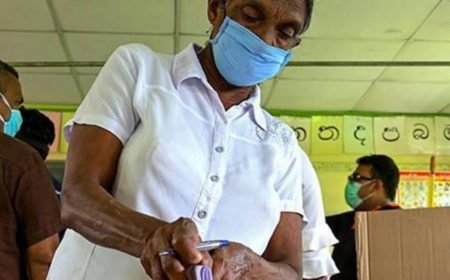 The general election to parliament is concluded and the official results are out. The anticipated landslide victory to the ruling Sri Lanka Podujana Peramuna (SLPP) has materialised with the SLPP winning a grand total of 145 seats through garnering a total of approximately 6.8 million votes or 59% of the valid votes cast. Through its stated allies, the SLFP (1 seat), the EPDP (2 seats), the TMVP (1 seat) and others in the pro-government political space, it has effectively reached the two-thirds majority it craved, or 150 seats, in the 225-member legislature.

The SLPP retained the 6.9 million votes it secured in the November 2019 presidential election, with just about one hundred thousand votes less. This in a situation where voter turnout was very much lower. The SLPP’s performance in the 2020 election is very impressive in many ways and is comparable to the Rajapaksa’s finest political hour, their parliamentary election victory back in 2010, just after ending the war. There the SLPP’s predecessor, the UPFA, garnered 60% of the popular vote and 144 seats. That this target was matched, and in fact surpassed without the trump card of ending the war, shows the scale and extent of what the SLPP has achieved politically this time around. In reality, the SLPP has improved on its 2010 performance. Much more than in 2010, the political discourse and public debate is completely dominated by the Administration, its ideologues and political fellow travellers, aided in no small measure by a dominant section of the private electronic media. Now effectively armed with a two-thirds majority, the country can await the newly elected SLPP Government’s policy priorities, which we should all hope will be ensuring that the Covid-19 pandemic does not translate into a national economic disaster, as our tourism, foreign remittances and other exports take a beating.

An equally important story of the 2020 general election has been the demise of the United National Party (UNP) and its replacement by the Samagi Jana Balawegaya (SJB) led by the UNP’s former deputy leader and now Opposition Leader designate, former Cabinet Minister and November 2019’s runner up presidential candidate, Sajith Premadasa. The SJB came in admittedly a distant second to the winners. But the SJB, in securing 24% of the popular vote and 54 parliamentary seats, is roughly comparable to the UNP’s 29% popular vote and 60 seats in the 2010 parliamentary election, which was a sufficient spring board for the opposition to make an electoral comeback victory in 2015. Two SJB partner parties, the SLMC and the ACMC, secured a seat each under their own colours, having an effective SJB parliamentary group of 56 members of parliament.

Sajith Premadasa and the SJB answered loud and clear as to who is leader of the non-Rajapaksa political space and who is, however small today, the “alternative government” as political oppositions are known in democratic practice. The UNP had an unheralded and unprecedented demise. Failing to win a single seat in any district, it secured a dismal 2% of the total vote, or approximately 250,000 votes country wide and only approximately 30,000 odd votes in Colombo District, signalling that the UNP is now a historical monument rather than an electorally viable political force. The refusal of the UNP to be a part of the SJB critically weakened the opposition and contributed to the scale of the SLPP victory. Even now the rump UNP, perhaps under Naveen Dissanayake or Ravi Karunanayake, should accept the verdict of the opposition voters and join the SJB as its junior-most partner.

The SJB has a monumental task ahead to stand up to the SLPP juggernaut but young Premadasa had been standing up to the Rajapaksas in their native Hambantota ever since he cut his teeth in politics down south, away from his late father’s real base, the city of Colombo, to which he has now returned. Colombo city’s cosmopolitan, pluralistic society switched its allegiance from its traditional UNP and was en mass true to Sajith Premadasa and SJB, which even in the landslide victories of 2020, 2010 or even back in 1956 has always eluded and rejected the harder ethnic nationalist appeal.

The third place in Parliament in 2020 was predictably, though with considerably reduced numbers, secured by the Tamil National Alliance (TNA), contesting through its main constituent, the Illankai Tamil Arasu Katchi (ITAK), led by the veteran Rajavarothian Sambanthan from Trincomalee. His hometown comfortably returned him to the legislature for yet another term.

Tamil politics has changed since the end of the war in 2009 with the TNA coming into its own and, to some extent, filling the political space left by the demise of the LTTE, which insisted on claiming the mantle of “sole representative of the Tamil people”. The TNA in the 2010 parliamentary election secured 2.9% of the popular vote and 14 seats, its finest hour being the 2015 parliamentary election in which it secured 4.6% of the national vote and 16 seats. Now in 2020 it is back to where it started in 2010 with 2.8% of the popular vote and 10 seats in parliament. It secured approximately 233,000 votes in 2010, 515,000 votes in 2015 and 327,000 votes in 2020. However, it has been significantly challenged from both ends of the political spectrum, showing that the moderate centre Tamil politics, best showcased TNA spokesman M.A. Sumanthiran, is under serious pressure and has to listen and learn from the message of the Tamil electorate and has hard work to do to retain its pre-eminent position as the “chief or main representative” of the Tamil people. Not only did their closest competitors the AITC and the EPDP come distant second and third place with 67,766 and 61,464 votes respectively but both parties made any impression only in the Northern Province. The TNA/ITAK is the only Tamil party with equal attraction and presence in both the North and the East and moves beyond particular regions and Tamil caste communities.

Sri Lanka’s traditional left vote, once dominated by the LSSP and the Communist Party of yore, is now clearly in the hands of the JVP as its standard bearer. The JVP actually improved on its 2019 presidential election result, the only party to do so, moving up marginally from approximately 418,000 votes to 445,000 votes at the parliamentary election with 3.8% of the popular vote, up from 3.1% at the November election. However, its seat count declined from the 7 seats it secured in the 2015 parliamentary elections to 3 in 2020, its leader Anura Kumara Dissanayke, Vijitha Herath and a yet undecided national list seat making up the small parliamentary group. The JVP will be important allies for the SJB in creating a more cohesive political opposition to the SLPP and the SJB is well advised to be inclusive in parliamentary time and other facilities to the small ideological opposition political party.

The jury is back and the verdict is out. The Rajapakse Administration and its political vehicle, the SLPP, has a mandate to govern. The hope indeed should be that it would seek to move beyond the divisive rhetoric of the campaign trail, seek to be tolerant and inclusive in a pluralist society, respect democratic norms and freedoms, govern more through parliament and less through militarised task forces and settle down to the hard work of getting our nation and economy out of the Covid-19-induced slump we are in. All Sri Lankans should wish our newly elected government well for them to pursue our common good and shared destiny.

groundviews.org - Election 2020 – An Analysis and Trends

Entertainment
Modelling It Right
Rita Ora Cast In '50 Shades Of Grey' Film
Beyoncé Crowned Most Searched Celebrity In 2013
More Tributes For Paul Walker Flood Twitter
Kate Moss And Harry Styles Honoured At The 2013 British Fashion Awards
More>>
Technology
Motorola Razr 2020 review: The iconic flip phone has done it again, this time with 5G - CNET
Apple Watch SE isn't as cheap as the Series 3. So how do you decide which to buy? - CNET
The Hyundai RM20e is a little electric rocket - Roadshow
More>>