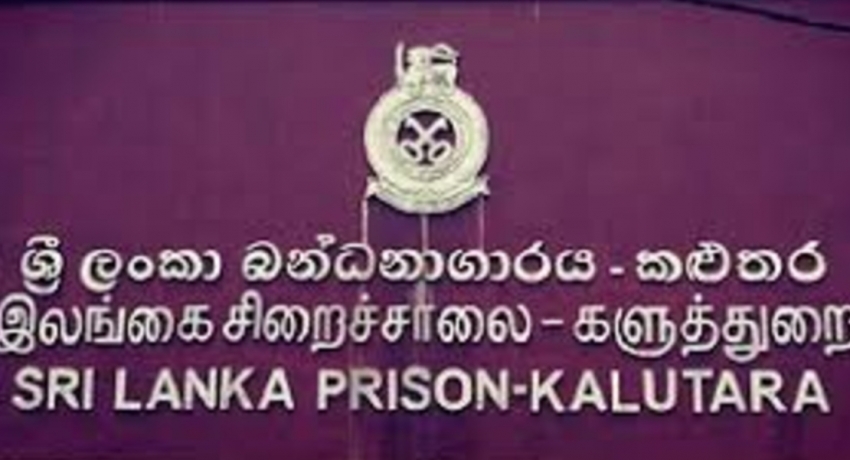 COLOMBO (News 1st): An inmate has committed suicide at the Kalutara-North Prison Hospital, police said. According to Police, an inmate who was remanded in connection with a murder case at the Kesbewa Court had hanged himself. The post-mortem examination into the death will be carried out on Saturday morning (Aug 15).

Prof. Charitha Herath – New COPE Chairman
It s a moral obligation to alert others if building was about to collapse  Police Spokesman
Ex-President pulled Pujith out of probes into Zahran  Hemasiri
Bus priority lane only for select vehicles
Kandy Tragedy : Special Police team assigned to probe Sunday’s collapse
Ex-President’s statement on PCoI witness claims : PCoI to make order on Wednesday
Cardinal believes justice will be served via PCoI probing April Attacks
01kg of Cocaine discovered on Payagala beach
Former President & Former Prime Minister to testify at PCoI in October
20A : Draft amendment presented to Parliament amidst objections from Oppositions
President expects UN not to interfere in domestic affairs of other states
20A presented to parliament
Ex-President at PCoI
More>>