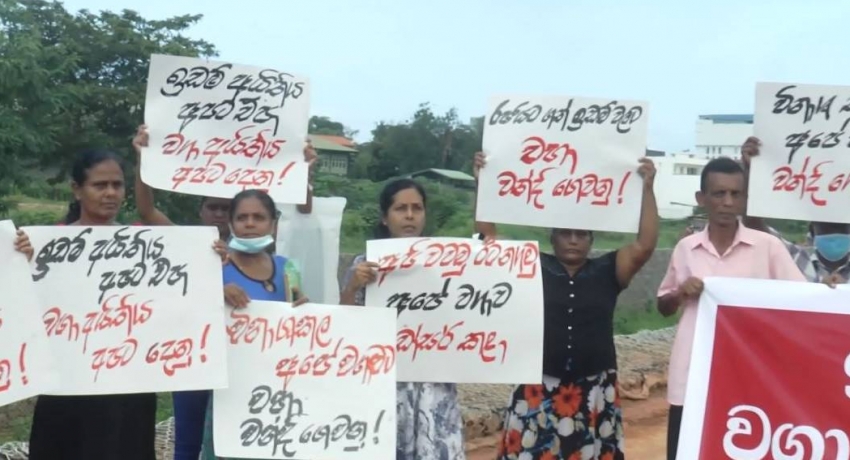 COLOMBO (News1st): A protest was staged in Raththanapitiya, Boralesgamuwa on Sunday against a project to fill low-lying land in the area. The protestors complained that officials had obtained their lands to build a drainage system and a water tank, in exchange for other lands to engage in farming. According to these protestors, their cultivation lands had […]