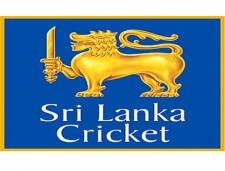 After a lapse of three years, the state-run 'Channel Eye' will telecast all the home series starting from forthcoming Pakistan tour of Sri Lanka.

"After having evaluated the relevant matters and documents received by SLC and having followed the standard procedures decided to award the Local Terrestrial TV Broadcast Rights to the state owned Sri Lanka Rupavahini Corporation , for a period of three years effective from year 2015," the release said.

"SLC looks forward to a successful partnership with SLRC which has accepted the award", the release added.

Entertainment
Modelling It Right
Rita Ora Cast In '50 Shades Of Grey' Film
Beyoncé Crowned Most Searched Celebrity In 2013
More Tributes For Paul Walker Flood Twitter
Kate Moss And Harry Styles Honoured At The 2013 British Fashion Awards
More>>
Technology
Elation as Nasa's Osiris-Rex probe tags asteroid Bennu in sample bid
AOC plays Among Us on Twitch, gets one of the most watched streams ever - CNET
NASA just landed on asteroid Bennu. What you need to know about the mission - CNET
More>>