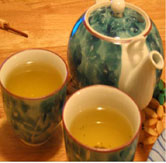 The news that Kyle Lowry would not play for the Raptors was hardly a surprise when it came down an hour or so before they tipped off with the Houston Rockets.He’d walked off the Air Canada Centre court following a late-afternoon walkthrough in full sweats, not practice gear, so there was little doubt.No one saw the other one coming — the departure of Amir Johnson after just three min...

ST. PETERSBURG, FLA.—Mark Buehrle didn’t make a very good first impression with the Blue Jays last year. He gave up six runs in his debut — including a pair of fat homers — and posted a 5.51 earned-run average over his first two months in Toronto. The veteran lefty then spent the rest of the season steadily chipping away at those abysmal marks, and by the end of the yea...

Toronto's DeMar DeRozan poured in 29 points as the Raptors came away with a home victory Wednesday night over the Houston Rockets.

Health Canada is keeping secret the vast majority of the drug reviews it conducts despite a clear promise from the federal minister to publish this critical safety information. Only 24 of 152 drug reviews completed last year by Health Canada are being considered for public release, the Toronto Star has learned. The drug safety reviews that will be open to the public are those triggered by alarms r...