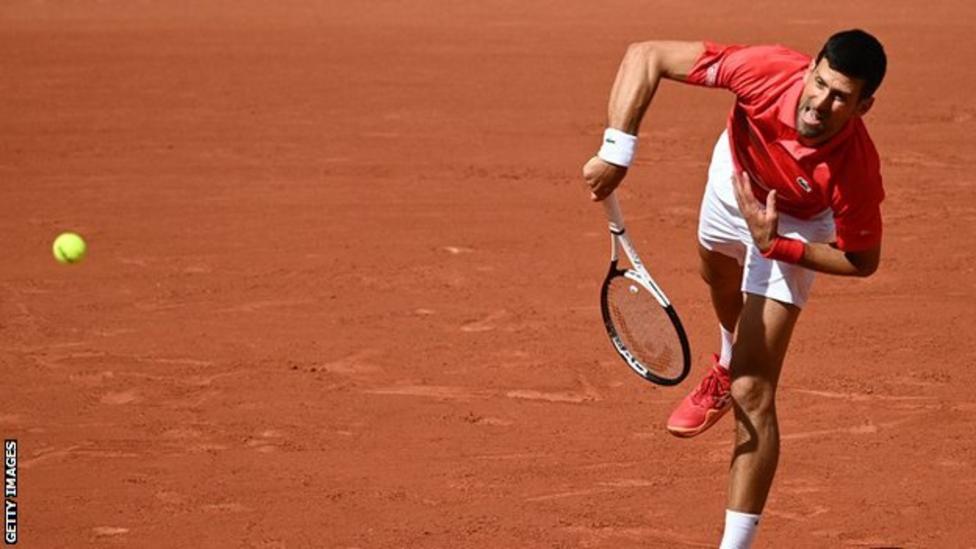 Defending champion Novak Djokovic produced another outstanding display as he reached the French Open fourth round without dropping a set all week.

Nadal, who was beaten by Djokovic in a gripping semi-final last year, will face Canada’s Felix Auger-Aliassime in Paris on Sunday.

An intriguing element to that match is that Toni Nadal – Rafael’s uncle, who coached him to 16 of his 21 major titles – is part of ninth seed Auger-Aliassime’s team.

Nadal is seeded fifth in Paris after missing two months of the season with a rib injury, which he picked up at Indian Wells shortly after winning a men’s record 21st Grand Slam title at the Australian Open.

The chronic foot problem which he thought would end his career last year also flared up at the recent Italian Open.

But so far at Roland Garros he has not been overly troubled by either an opponent or his body.

Nadal secured his victory over 26th seed Van de Zandschulp when he saw off a break point before serving out the win to set up the meeting with Auger-Aliassime.

When Toni Nadal linked up with Auger-Aliassime, he said he would not be able to sit in his new player’s box in any match against his nephew Rafael.

Nadal revealed he spoke with his uncle shortly after beating Van de Zandschulp and that any split loyalties will be “zero problem”.

“He’s my uncle. I don’t think he will be able to want me to lose, without a doubt, but he’s a professional and he’s with another player,” Nadal said.

“I don’t know what’s going to happen, if he’s going to stay in the box or not, but I don’t care. I have zero problem with that. So it’s not a story at all for me. I know what’s the feelings that we have between each other.

“I know he wants the best for me.”

Auger-Aliassime said: “I think Toni will watch from a neutral place and enjoy the match.

“It was black and white from the first time we started working together, we knew it was a possibility that eventually I would play Rafa when I’m working with Toni.” (Courtesy BBC)