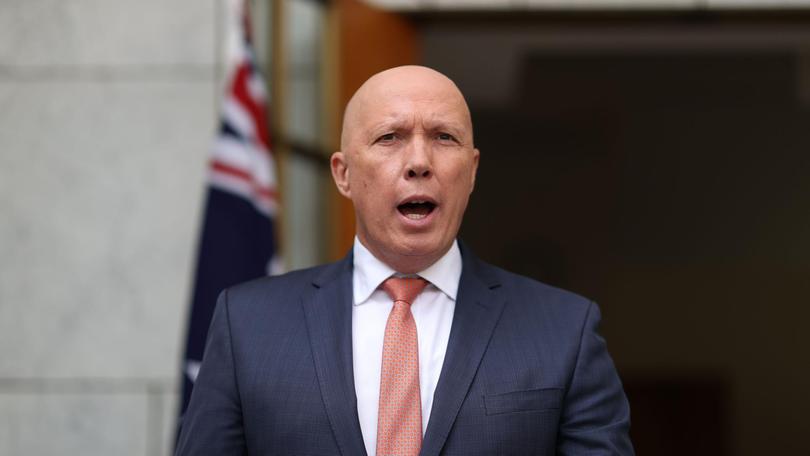 The Liberal-National coalition had governed for almost a decade when it lost to Prime Minister Anthony Albanese’s Labor on 21 May.

Some MPs have blamed the defeat on the coalition’s polarising leaders and its stance on climate change.

It lost almost 20 seats, including in areas usually considered to be Liberal Party strongholds.

Mr Dutton – from the party’s right – has been a controversial figure at times and some question whether he could rebuild Liberal support in more progressive, metropolitan areas.

He is best known for overseeing Australia’s controversial policies on asylum seekers, and his role in the downfall of former Prime Minister Malcolm Turnbull.

But Mr Dutton has said many Australians have only seen the tough side of him.

“I’m not going to change but I want people to see the entire person I am… and make their own judgements,” he said on Monday.

“I’m not as bad as the [media] might sometimes report.”

The former policeman entered parliament in 2001 and has held an array of ministerial portfolios.

In 2018, Mr Dutton challenged Mr Turnbull for the party leadership but didn’t have enough support to replace him. Mr Morrison instead became party leader and prime minister.

In 2015 Mr Dutton was widely criticised for making light of rising sea levels affecting Pacific Island nations, after he was caught on camera joking about “water lapping at your door”.

He boycotted Australia’s 2008 national apology to the Stolen Generations – a name given to tens of thousands of Aboriginal children who were forcibly taken from their families under infamous government policies until 1970. However, he now says that was a “mistake”. (Courtesy BBC)