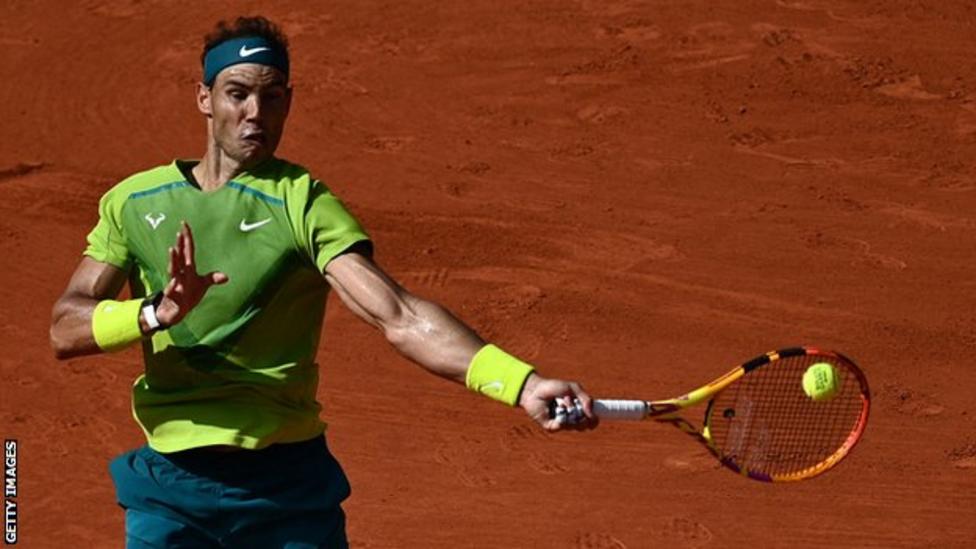 Rafael Nadal reclaimed his crown as the king of the French Open, winning a record-extending 14th title by beating Norway’s Casper Ruud in straight sets.

He moves two ahead of his great rivals Roger Federer and Novak Djokovic.

Nadal, who lost to Djokovic in the semi-finals last year, has won 112 of his 115 matches on the Paris clay.

After also winning the Australian Open in January, Nadal has claimed back-to-back major titles for the first time since 2010 – when he won the French Open, Wimbledon and US Open in a row.

The left-hander dropped his racquet to the court in amazement after taking his second match point to win in two hours and 18 minutes.

Nadal’s achievements are even more impressive in the context of the physical issues that have hampered him in recent times.

At the end of last year the former world number one thought he would have to retire because of a chronic foot problem and was troubled by the issue at the Italian Open earlier this month.

A stress fracture of the rib also caused him to miss two months of the season shortly after his 21st major win at the Australian Open.

“It takes a lot of energy to keep going. I want to say ‘merci, merci beaucoup’,” Nadal said after lifting the Coupe des Mousquetaires.

“I don’t know what will happen in the future but I will keep fighting to keep going.”

Ruud, 23, was making his debut in a Grand Slam final and facing Nadal for the first time in a professional match.

While fifth seed Nadal was far from his best, he had enough nous and quality to clinically see off his younger opponent.

A miscue from Ruud in the first point of the match perhaps indicated his nerves, but he could do little to prevent Nadal taking his serve for a 2-0 lead with a vicious forehand winner.

Nadal’s serve has been far from impenetrable and he was broken in the next game after two double faults, which were perhaps indicative of the discomfort he has been feeling with his long-standing foot problem.

But he re-established his lead in the fourth game when Ruud’s groundstrokes – a wide backhand, even wider forehand and a poor contact – let him down.

Nadal, often targeting his opponent’s backhand and then forcing him into mistakes on his forehand, held his serve to take the opening set in 48 minutes.

Nadal had won 100 of the 101 previous matches at Roland Garros where he had won the opening set, with last year’s semi-final defeat by Djokovic being the only exception.

More pressure came on the Ruud serve in the opening game of the second set, saving three break points to hold.

That allowed him to then move 3-1 ahead when Nadal produced a terrible service game, although Ruud brilliantly constructed a point for 0-40, and hit a double fault on the first break point.

Nadal instantly broke back, patiently pummelling Ruud on the baseline and punching the air when a forehand went long.

Like in the first set, Ruud could not follow up a break with a hold and lost his serve again for 4-3 when a lob went long.

After saving three set points, he produced a double fault on the fourth to hand over a two-set lead.

Nobody had ever beaten Nadal at Roland Garros from that position in 90 attempts, with few even taking him to a fourth.

That never looked likely with Ruud’s confidence dropping further and Nadal ruthlessly wrapping up the third set in just 30 minutes.

Like so many of the younger players on the tours, Ruud classes Nadal as an idol and watched the Spaniard’s 2013 victory over David Ferrer from the Chatrier stands.

Ruud has trained at Nadal’s academy in Majorca since he was a teenager and has modelled much of his game on him.

Ruud, who will rise to a career-high world number six on Monday, has enjoyed more success on the clay than other surfaces and leads the ATP Tour for total wins (66), titles (seven) and finals (eight) on clay since 2020.

While they have trained together many times, the real thing proved as difficult as Ruud feared.

After his semi-final win over Marin Cilic, Ruud said facing Nadal in a French Open final was the “greatest challenge” in men’s tennis and said he would have to play his “best ever tennis” to win.

But the hallmarks of his game – his aggressiveness from the baseline and ability to unleash his forehand – were missing.

“We know you’re a great champion and I got to feel what it is like to play against you in a final. I am not the first victim,” Ruud told Nadal in his runners-up speech. (Courtesy BBC)