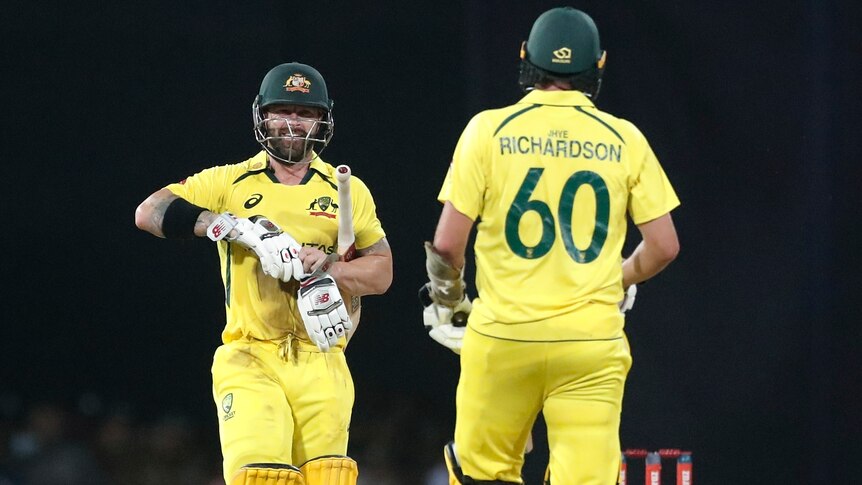 Australia have survived an electric spell from all-rounder Wanindu Hasaranga to edge Sri Lanka by three wickets and wrap up their three-match Twenty20 series.

Veteran wicketkeeper Matthew Wade (26 not out) handled the immense pressure of batting with the tail to secure victory with 13 balls to spare in Colombo on Wednesday night as the visitors took an unassailable 2-0 lead.

The reigning T20 world champions have now won 12 of their last 14 games in the format, a dramatic turnaround after losing eight of 10 matches during tours of the West Indies and Bangladesh last year.

Chasing the hosts’ mediocre total of 9-124, openers Aaron Finch and David Warner came out intent on powering Australia to victory as quickly as possible.

Only a night earlier, the same pair blasted Australia to a 10-wicket win when they passed Sri Lanka’s score of 128 with six overs to spare.

But the Lions showed far more fight in the second match as Hasaranga weaved some magic with Australia collapsing to 7-99.

The leg-spinner took figures of 4-33, and almost secured a hat-trick after removing Glenn Maxwell and Ashton Agar in consecutive balls.

But Wade was able to steady the innings as he received solid support from fast bowler Jhye Richardson.

But pressure is set to increase on Steve Smith’s spot in the T20 side after the Test star unsuccessfully challenged a lbw decision and was out for five.

Paceman Kane Richardson starred with career-best T20I figures of 4-30, taking three wickets in the final over.

“I think it’s just the product of this environment at the moment and the opposition are just really up and about to win.”

With star quick Mitchell Starc sidelined after suffering a finger injury, Maxwell was given the new ball and struck in the first over after Finch won the toss and elected to bowl.

Sri Lanka stumbled to 2-7 before Charith Asalanka (39) and Kusal Mendis (36) steadied the innings with a 66-run stand.

But Maxwell ended the partnership in the 12th over with Asalanka skying a ball to Finch.

Mendis saw his innings end in bizarre fashion. He departed after falling back into his stumps when he was hit on the helmet by a delivery from Jhye Richardson.

The Western Australian paceman, who has played just two international games since he was dropped after taking five wickets in the second Ashes Test win last December, came into the team for Starc.

Jhye Richardson finished with career-best T20I figures of 3-26, while Josh Hazlewood (0-16) was treated with extreme caution by Sri Lanka’s batters after his player-of-the-match performance of 4-16 in game one.

Saturday’s third and final match in Kandy will be a dead-rubber ahead of a five-match ODI series, starting on June 14. (Courtesy AAP)

Wednesday 10th August, 2022 The JVP has refused to join the proposed all-party government, calling it a ruse to perpetuate the Rajapaksa rule, in all but name, with President Ranil Wickremesinghe being at the beck and call of the SLPP leadership. What the country needs is an interim government pending an early general election because […]