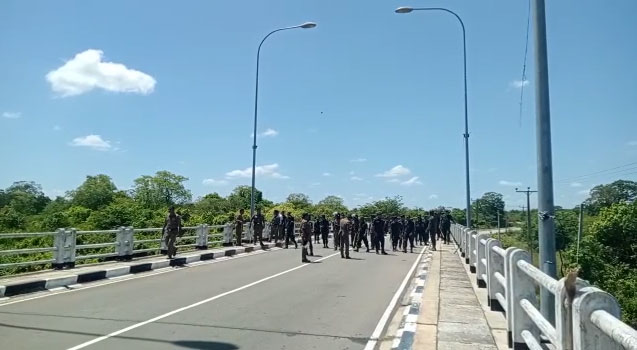 Over 600 inmates escaped from the Kandakadu rehabilitation centre in Welikanda during a situation which arose following the death of one inmate.

The Police said that over 200 of the inmates were later arrested during a special operation.

A tense situation arose following the death of one inmate at the Kandakadu rehabilitation centre last evening.

Some of the inmates had reportedly breached the gates of the rehabilitation centre this morning and fled.

The Army and Police were later deployed to locate the arrested the inmates.

A number of the inmates who fled were found and arrested. (Colombo Gazette)