Man arrested after 4 July mass shooting in US 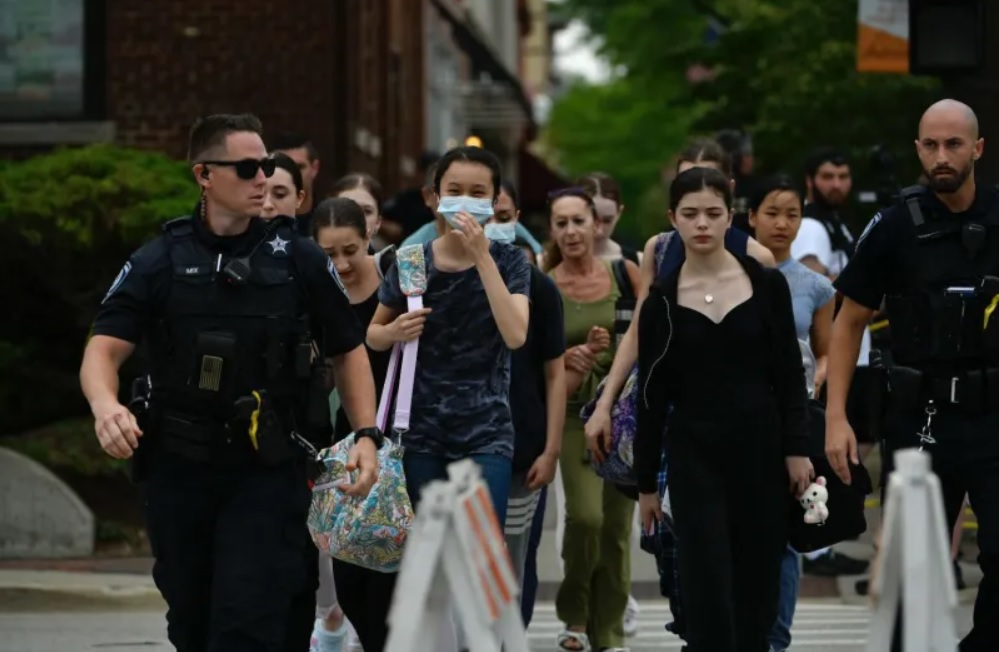 US police have arrested a suspect after six people were killed at an Independence Day parade near Chicago.

At least 24 other people were injured in the city of Highland Park, Illinois, after a gunman used a high-powered rifle to target people from a rooftop.

It is the latest mass shooting to hit the US – there has been one in every week of 2022. President Joe Biden said he was “shocked” by the violence.

Mr Crimo was detained after a manhunt. He was referred to as a “person of interest” in Monday’s shooting, but after his arrest police said they believed he was responsible.

The event was scheduled to include floats, marching bands, and community entertainment as part of the city’s Independence Day celebrations.

But what should have been one of the happiest days of the year quickly turned to panic, with pushchairs, purses and lawn chairs left discarded on the street as crowds fled from the scene.

The suspect is believed to have fired at members of the public from the rooftop of a nearby shop, where police say they recovered “evidence of a firearm.”

Five adults were killed at the scene, as well as a further victim who the local coroner said died in a nearby hospital.

“We went to have a nice family day out – and then suddenly all this gunfire happens,” said Anand P, who was there during the parade.

“At the time I personally wanted to believe it was a car backfiring. Then people started running – so we start running.”

Another witness, Noel Hara, described how he was having breakfast at Starbucks after dropping off his son at the parade, when the chaos unfolded.

“About 30 people suddenly came rushing in screaming and we were locked into the Starbucks bathroom,” Mr Hara told the BBC.

“Moments later, they evacuated us from the Starbucks because they thought the shooter was trying to get in the back door.”

No charges have been filed against Mr Crimo and there is no indication of any motive.

The attack in Highland Park comes just a month after deadly shootings in Uvalde, Texas and Buffalo, New York.

“There are going to be people who are going to say that today is not the day, that now is not the time to talk about guns. I’m telling you there is no better day and no better time then right here and right now,” the Democratic governor said.

President Biden vowed to keep fighting “the epidemic of gun violence” in the country.

“I’m not going to give up,” he said, speaking outside the White House in Washington DC.

colombogazette.com - Man arrested after 4 July mass shooting in US