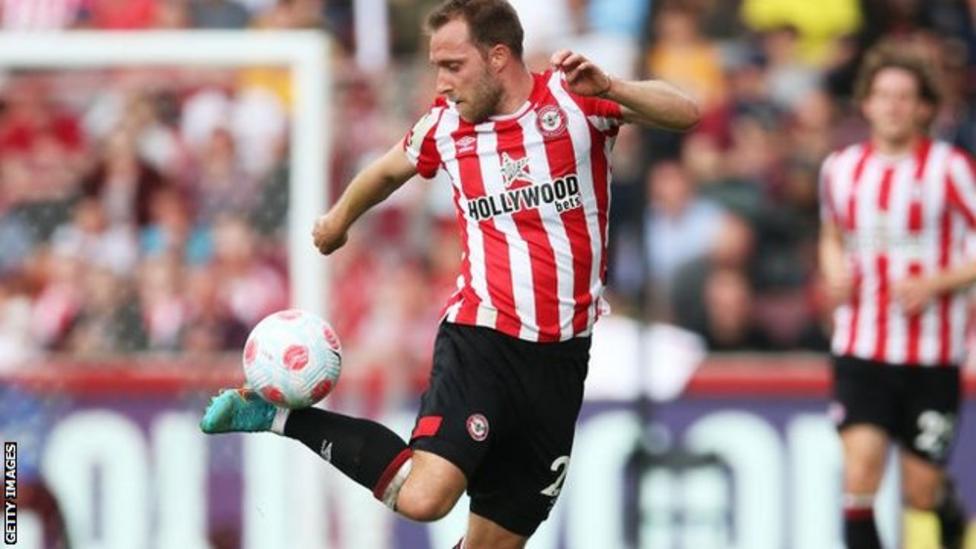 Denmark midfielder Christian Eriksen has agreed in principle to sign for Manchester United on a free transfer.

It is believed Eriksen could also have returned to Thomas Frank’s side, but the lure of playing for United proved too much.

A three-year contract is being prepared for Eriksen, who is still to have his medical at Old Trafford.

Eriksen could be United and new manager Erik ten Hag’s second signing of the summer transfer window, with Feyenoord defender Tyrell Malacia undergoing a medical at Carrington ahead of his move.

The Dane returned to the English top flight when he joined Brentford in January after being released by Serie A club Inter Milan.

He had to leave the Italian side after he had an Implantable Cardioverter Defibrillator (ICD) fitted following his cardiac arrest at Euro 2020. Players who have ICD’s are not allowed to play in the Serie A.

It is thought the opportunity given to Eriksen by Brentford boss and fellow Dane Frank – plus his family enjoying living in London – meant a decision not to re-sign for The Bees was not straightforward, but he has now decided on United.

Eriksen’s former club Tottenham Hotspur, who he played for between 2013 and 2020, did have interest in re-signing him but have instead focused on other targets. (Courtesy BBC)

Tuesday 9th August, 2022 Sri Lanka is no doubt a land like no other. Nowhere else in the world are intellectually-challenged, self-important characters are allowed to go places as leaders, causing irreparable damage to vital sectors, especially the economy. Sri Lankans have earned notoriety for not only suffering fools gladly but also electing and deifying […]