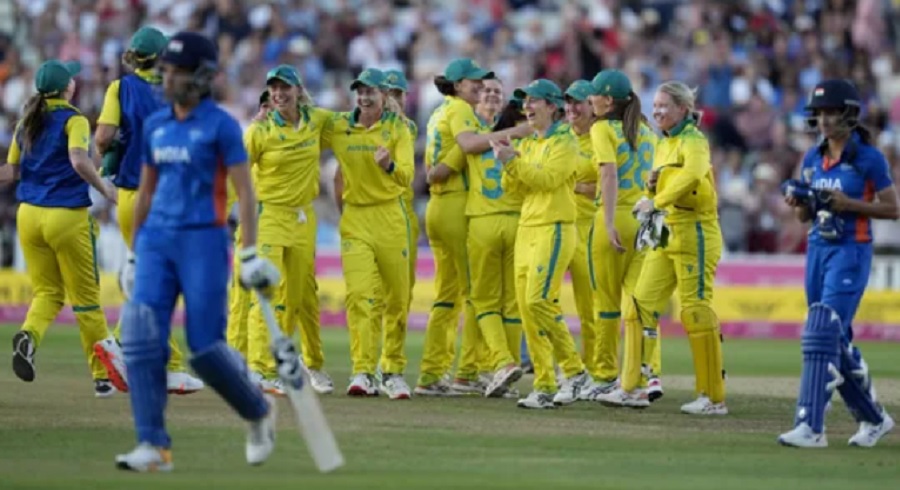 Australia continued their dominance of women’s cricket with a thrilling nine-run victory over India at Edgbaston to clinch Commonwealth Games gold.

Having secured the women’s Ashes and World Cups in both the Twenty20 and 50-over formats, this success completed a fine quadruple for Meg Lanning’s side.

Harmanpreet Kaur’s stunning 65 gave India hope, but her dismissal sparked a collapse and they were all out for 152.

New Zealand claimed the bronze after beating England by eight wickets earlier in the day.

It is the first time women’s cricket has featured in the Commonwealth Games.

Australia batter Tahlia McGrath was cleared to take part in the final despite testing positive for Covid-19 before the start of play.

Cricket Australia said medical staff had implemented a “range of comprehensive protocols” to minimise the risk of transmission to other players and officials.

Despite the early loss of Alyssa Healy for seven, Australia got off to a flying start and were 83-1 after 10 overs.

But captain Lanning was dismissed for 36 thanks to some brilliant fielding by Radha Yadav, who back-flicked the ball onto the stumps to run her out at the non-striker’s end.

Australia’s innings was then anchored by Mooney, whose 61 came off 41 deliveries, before she was dismissed by a stunning one-handed catch by Deepti Sharma in the deep with 16 balls of the innings remaining.

India were reduced to 22-2 in their reply, but a brilliant partnership of 96 between skipper Harmanpreet and Jemimah Rodrigues raised hopes of an upset.

They were on a par with Australia’s scoring rate going into the 15th over, but Rodrigues and Harmanpreet fell in quick succession and India saw their chances of victory fade.

They kept fighting and went into the final over needing 11 runs to win with two wickets left.

But Meghna Singh was run out off the second ball and Yastika Bhatia trapped lbw on the next delivery to spark scenes of jubilation among the Australian players as they celebrated gold to add to their remarkable haul of honours. (Courtesy BBC)