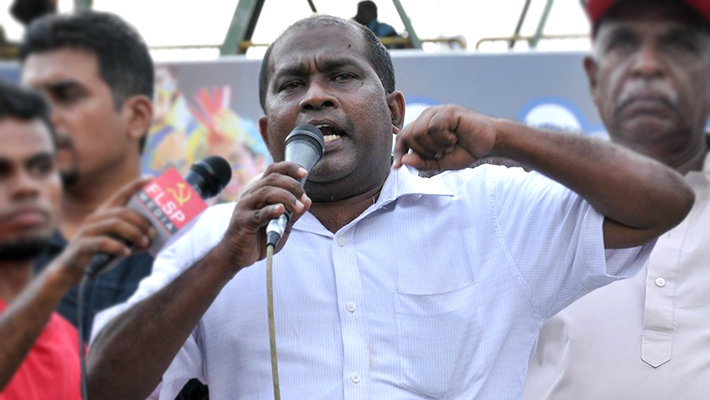 Veteran trade unionist and General Secretary of the Sri Lanka Teachers’ Union, Joseph Stalin, who was arrested and remanded, was granted bail today.

Stalin was arrested over a protest staged on 28th May.

He was accused of violating a court order during the protest.

Stalin said that he saw nothing wrong in taking part in the protest on the said date. (Colombo Gazette)