Prime Minister Modi has given us a breath of life: Ranil says addressing Parliament 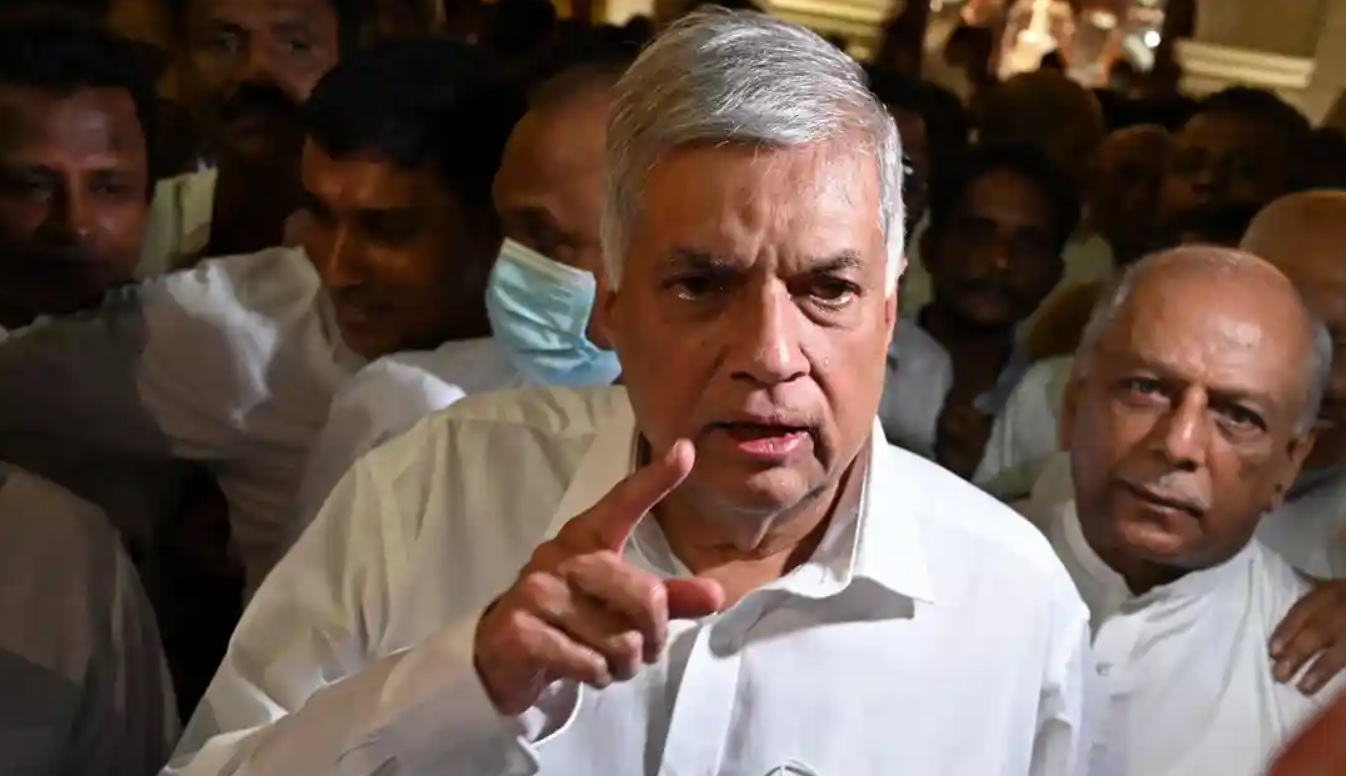 After much thought and careful consideration of the emerging geo-political scenario in the Indian Ocean region, Sri Lanka has asked China to defer the arrival of the Yuan Wang 5 research and survey vessel to the Hambantota port.

The TPN said the Chinese vessel should switch on the Automatic Identification System (AIS) within the Exclusive Economic Zone of Sri Lanka and that the ship would not qualify to carry out any work connected to research or survey within the territorial waters of Sri Lanka. Subject to those conditions, the Sri Lankan authorities allowed the vessel to dock at Hambantota for replenishments.

The Sri Lankan Foreign Ministry in another TPN retrieved the earlier TPN  and requested the Yuan Wang 5 research and survey vessel to postpone the visit until further consultations on the matter.

The Yuan Wang 5 is en route from the Chinese port of Jiangyin and due in the Chinese-run Sri Lankan port of Hambantota on Thursday, according to the analytics website Marine Traffic.

Although described as a research and survey vessel, it can be employed for space and satellite tracking and with specific usage in intercontinental ballistic missile launches.

Some media reports said that New Delhi was worried the vessel would spy on its activities and that it had lodged a complaint with Colombo. Suspicions harboured by India about expanding the influence of China in Sri Lanka, its southern neighbour, continue.

The Indian External Affairs ministry stated last week that it will closely watch “any bearing on security and economic interests of India and take all necessary actions to preserve them.”

President Ranil Wickremesinghe last week assured Party Leaders that the controversial visit of Yuan Wang 5 Chinese vessel would not go through as planned. Foreign minister Ali Sabry also briefed the Cabinet last week on the frank discussion he had with the Indian High Commissioner in Sri Lanka, Gopal Bagley, on the controversial visit of the Chinese research and survey vessel dubbed the spy vessel. Earlier in the week, Sri Lanka brushed aside concerns of India to allow the Chinese vessel to dock at Hambantota. However, as the intensity of the exasperation exerted by India aggravated, Sri Lanka had second thoughts about asking the Chinese authorities to put off the scheduled visit. Sri Lanka is now on the horns of a dilemma as the country is mired in the worst ever economic meltdown seen in decades of contemporary political history.

Sri Lanka is now taking stock of the situation as to how it could balance the regional political equation. It invariably tilts towards India, given the assistance that was forthcoming from India as Sri Lanka was reeling under the pressure of skyrocketing cost of living, fuel and gas shortage and increasing countrywide protests. In the circumstances, India was first to respond immediately to the desperate call for assistance.

India was generous enough to provide nearly US dollars four billion worth of aid to salvage the country from an insecure and dangerous situation. On the one hand, it was a diplomatic victory for India after so much relentless diplomatic manoeuvring, but for Sri Lanka, a major diplomatic onslaught by China is on the cards. Chinese ambassador in Sri Lanka Qi Zhenhong sought a meeting with President Wickremesinghe after the embassy received a note verbal from the Sri Lankan Foreign Ministry.

The note requested that the arrival date of Yuan Wang 5, a vessel involved in space and satellite tracking — be deferred, but official sources in Colombo said Beijing is yet to accede to their request.

The Chinese Ambassador expressed his displeasure over the Sri Lanka decision.

The events that unfolded after the Mahinda Rajapaksa administration permitted a Chinese submarine to enter Colombo harbour in 2014 were known to President Wickremesinghe. When the then-defence secretary, Gotabaya Rajapksa, flew to Delhi to meet with Ajit Doval, Indian national security advisor, to resolve the issue, averting a diplomatic crisis.

The docking of the Chinese submarines in the Colombo harbour coincided with the visit of Chinese President Xi Jinping to Colombo. India regarded it as a hostile act, and the relations strained to the breaking point.

The political prognosis is different to that of the Rajapksas since Wickrkemsinghe is capable of grasping and taking grips with diplomatic intricacies that pose a threat to the well being Sri Lanka. His political acumen has put him in good stead, that during the policy statement on August 3, he paid a glowing tribute to India.

President Wickrkemsinghe, in his policy address, said “I wish to specially mention the assistance provided by India, our closest neighbour, in our efforts to economic revitalization. The government of India, under the leadership of Prime Minister Narendra Modi, has given us a breath of life. On behalf of my people and my own, I convey our gratitude to Prime Minister Modi, the government and the people of India.”

Undeniable cultural ties of the subcontinent also have contributed immensely to Sri Lanka forging closer to India over centuries from the time of the advent of Buddhism in Sri Lanka. In the recent past, many Sri Lankans preferred India as the learning seat for oriental music that helped foster the Sri Lankan musical traditions from the beginning of the 20th century from the Shanthinikethan to Bhathkande Universities.

colombogazette.com - Prime Minister Modi has given us a breath of life: Ranil says addressing Parliament