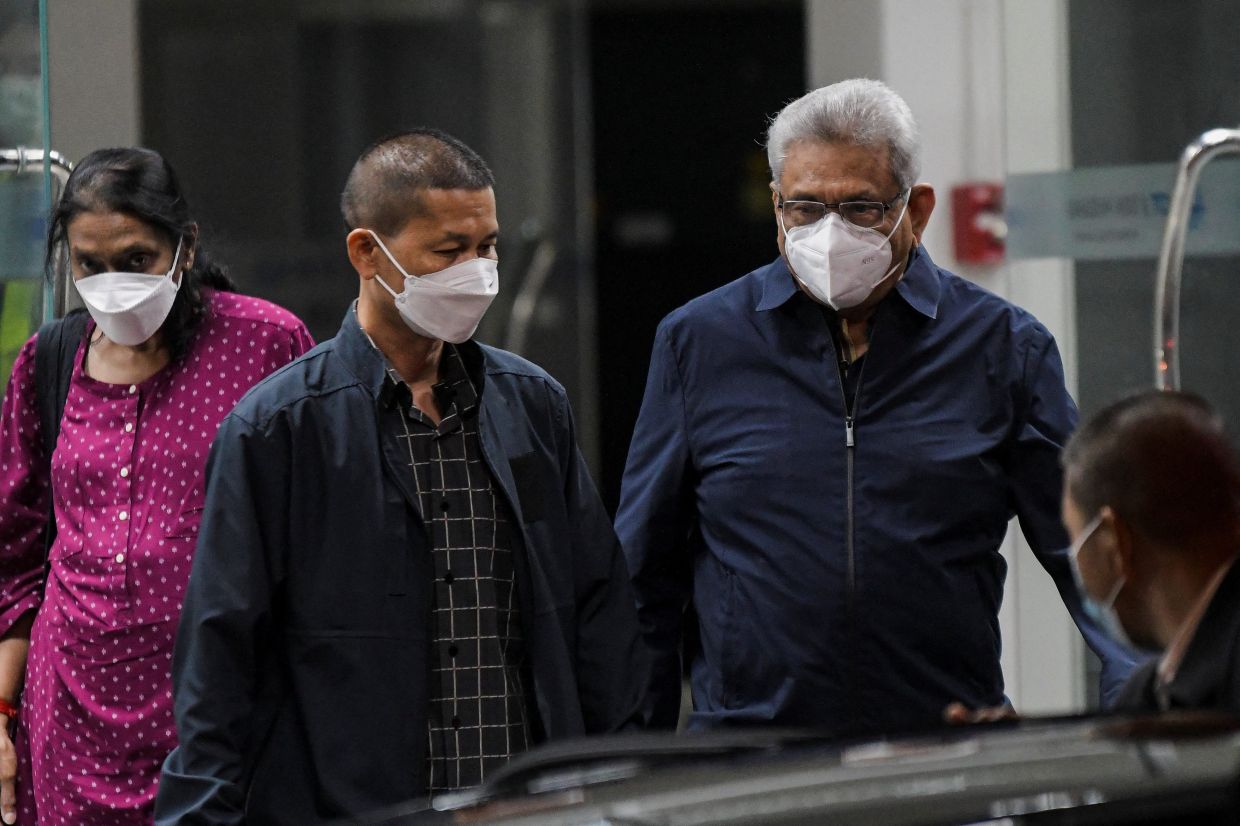 Former Sri Lankan president Gotabaya Rajapaksa on Thursday (Aug 11) arrived in Bangkok after his visa ran out following a month-long stint in Singapore where he had taken refuge from protesters at home.

He left the airport’s VIP section around 40 minutes later with his wife and got into a black sedan, local media reported.

Rajapaksa flew into Singapore from the Maldives on July 14 after fleeing a deepening economic crisis and widespread protests in Sri Lanka. He tendered his resignation shortly after his arrival.

An international human rights group last month formally asked Singapore to indict Rajapaksa for crimes against humanity during his country’s decades-long civil war that ended in 2009.

The South Africa-based International Truth and Justice Project said it had urged Singapore to exercise universal jurisdiction to arrest the former president for grave breaches of international humanitarian law.

Singapore’s Attorney-General’s Chambers confirmed it had received a complaint from the rights group without giving details.

“His Singapore visa runs out on Thursday,” a close associate of Rajapaksa told AFP in Colombo on Wednesday.

“He had applied for an extension, but it had not come through as of Wednesday morning.”

The source said Rajapaksa planned a short stay in Thailand and would return to Singapore.

The Thai foreign ministry confirmed it had received a request from Colombo for the 73-year-old deposed leader to visit and an assurance that he would not seek political asylum.

“The Thai side received a request for the former president to enter Thailand from the current government of Sri Lanka,” ministry spokesman Tanee Sangrat said in a statement.

“The stay is temporary in nature with the aim of onward travel. No political asylum has been sought.”

The Rajapaksa confidant told AFP that the former leader was keen to go home as protests against his administration had fizzled out, but his successor Ranil Wickremesinghe had advised him against an early return.

Singapore officials had said he was on a private visit to the city-state and the foreign minister stressed that he was not given any special privileges.

“In general, the Singapore government does not accord privileges, immunity and hospitality to former heads of state or heads of government,” Singapore Foreign Minister Vivian Balakrishnan said in a written reply to a question in parliament last week.

“Consequently, former president Gotabaya Rajapaksa was not accorded any privileges, immunity or hospitality.”

Sri Lankans arriving in Singapore normally receive a 30-day visa, but authorities said they had initially given Rajapaksa only two weeks and later extended the visa by another two weeks.

The Thai foreign ministry, as well as a source in Colombo, had said Wednesday that he was seeking a new safe haven in Thailand. (Courtesy AP)