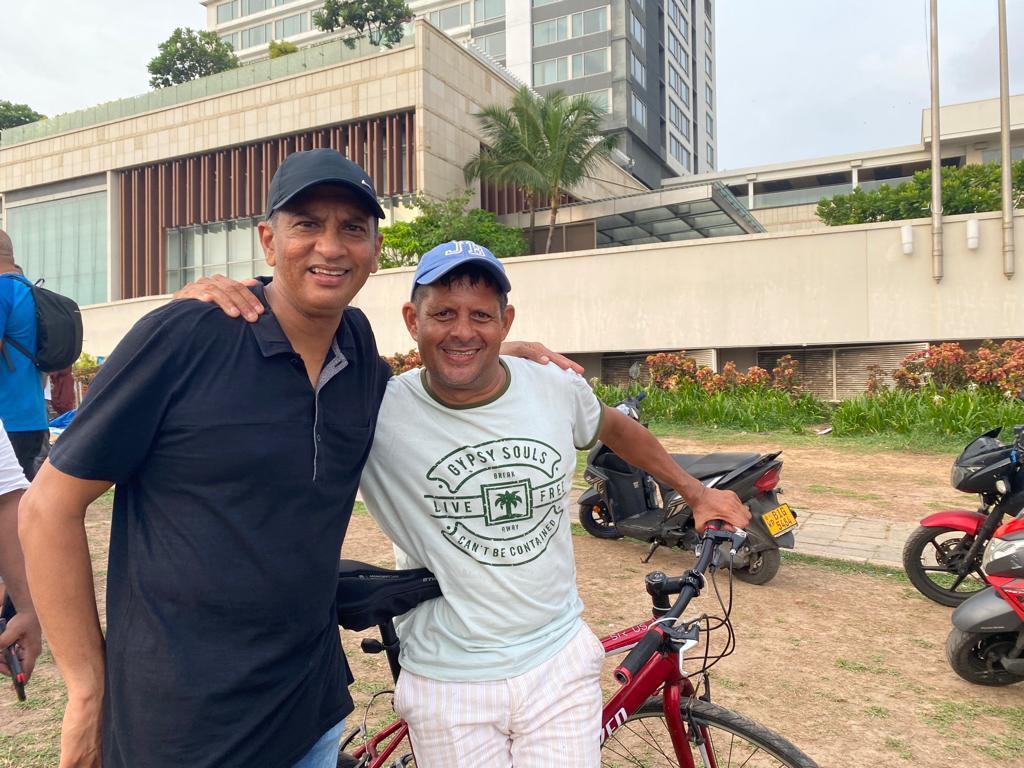 Bolling was questioned for several hours over the 9th July protest near the private residence of President Ranil Wickremesinghe, which was later set on fire.

Meanwhile, former cricketer Roshan Mahanama said that the right to speech and expression of opinion in a peaceful way is a basic human right.

“In a society where people turn a blind eye for money, power & personal interest, my friend Julian has always been outspoken and stood for what’s right without any political bias, like me. It is sad to see a great human being like Julian who has brought much glory to the country and with an unblemished track record in the society is being questioned while many who needs to be questioned remain untouched, at large,” Mahanama tweeted.

Julian Bolling had supported the protests at Galle Face staged against the Government. (Colombo Gazette)

How We Came To This Pass – The Aragalaya Challenge
Thursday, September 29, 2022 - colombotelegraph.com

[…]The post How We Came To This Pass – The Aragalaya Challenge appeared first on Colombo Telegraph.

The Colombo District Court today (September 29) ordered the Government of Sri Lanka to pay a compensation of 30 million rupees to a disabled child, ruling that the disability was a result of the negligence of the doctors and the staff members of the Gampaha District Hospital.The post Court orders Sri Lanka Government to pay Rs.30 million as compensation to disabled child appeared first on Sri Lank...

From a strategic standpoint, keeping the past and also most recent lessons learnt in mind, with the new found leadership of the present government, Sri Lanka should call for a national determination where all sectors of Sri Lankan society including civil organisations, security institutions, political entities, and business associations come together to discuss fundamental issues such as national ...

Sri Lanka’s Government appears increasingly upbeat about its chances of receiving International Monetary Fund board approval for a $2.9 billion bailout by December, but the multilateral lender has cautioned that the time frame remains uncertain, and much depends on discussions with the heavily indebted country’s creditors. Peter Breuer, senior mission chief for Sri Lanka, and […]

Video: CRYPTO | THIS IS WHY THE MARKETS ARE DOWN AGAIN TODAY!!!
Video: DO KWON'S STORY!!! | UNFAIR AND HIGHLY POLITICIZED??? | LUNA AND HNT
Video: CRYPTO | ANOTHER CRITICAL NEWS THAT COULD CRASH THE MARKETS TODAY!!!
Video: BITCOIN REACHES THE FIRESALE POINT!!! | DOGECOIN, ETHEREUM, AND AGE OF GODS
Video: DEFI | LACKS TRANSPARENCY AND REQUIRES REGULATIONS!!!
Video: DOLLAR'S RISE | TROUBLE FOR GLOBAL ECONOMIES!!!
Video: BITOIN IS CRASHING AGAIN | THESE COULD BE THE REASONS!!!