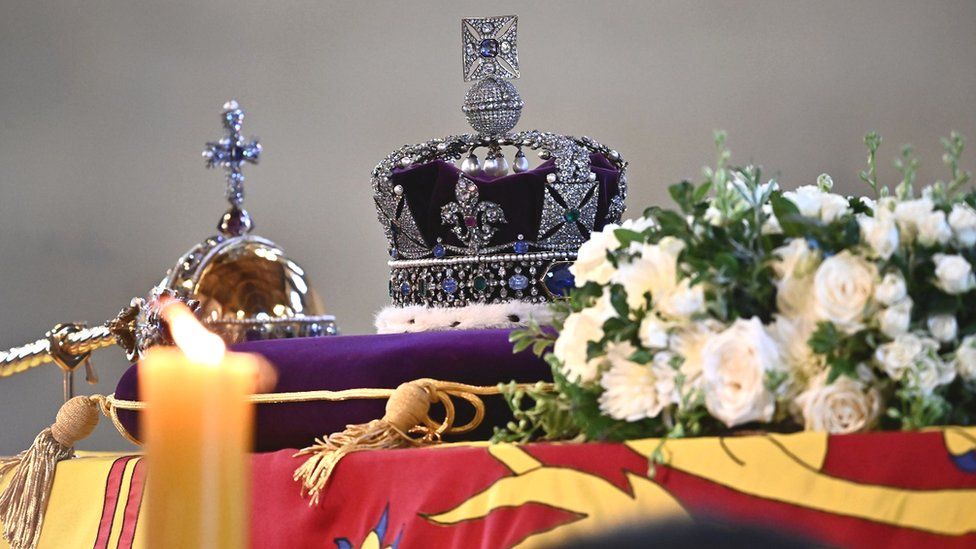 A 28-year-old man has been charged with a public order offence after allegedly leaving the queue of mourners to approach the Queen’s coffin on Friday.

Muhammad Khan, from Tower Hamlets in east London, will appear at Westminster Magistrates’ Court on Monday.

The Metropolitan Police said he was charged under the Public Order Act.

The live video feed of Westminster Hall cut away when the incident occurred at around 22:00 BST.

A statement from the Met Police said: “Muhammad Khan, 28, of Barleycorn Way, Tower Hamlets, was charged on Saturday, September 17, with an offence under Section 4A of the Public Order Act; behaviour intending to cause alarm, harassment or distress.

“He will appear in custody at Westminster Magistrates’ Court on Monday, September 19.”

He is the second person to be charged with committing an offence while in the queue to see the Queen lying in state.

A 19-year-old man was charged after allegedly exposing himself and pushing into mourners from behind as they waited in the line at Victoria Tower Gardens on Wednesday.

Adio Adeshine was charged with two counts of sexual assault and two counts of breaching a sexual harm prevention order. He will appear at Southwark Crown Court on 14 October.

The late Queen Elizabeth II will remain in Westminster Hall until the day of her funeral on Monday. (Courtesy BBC)