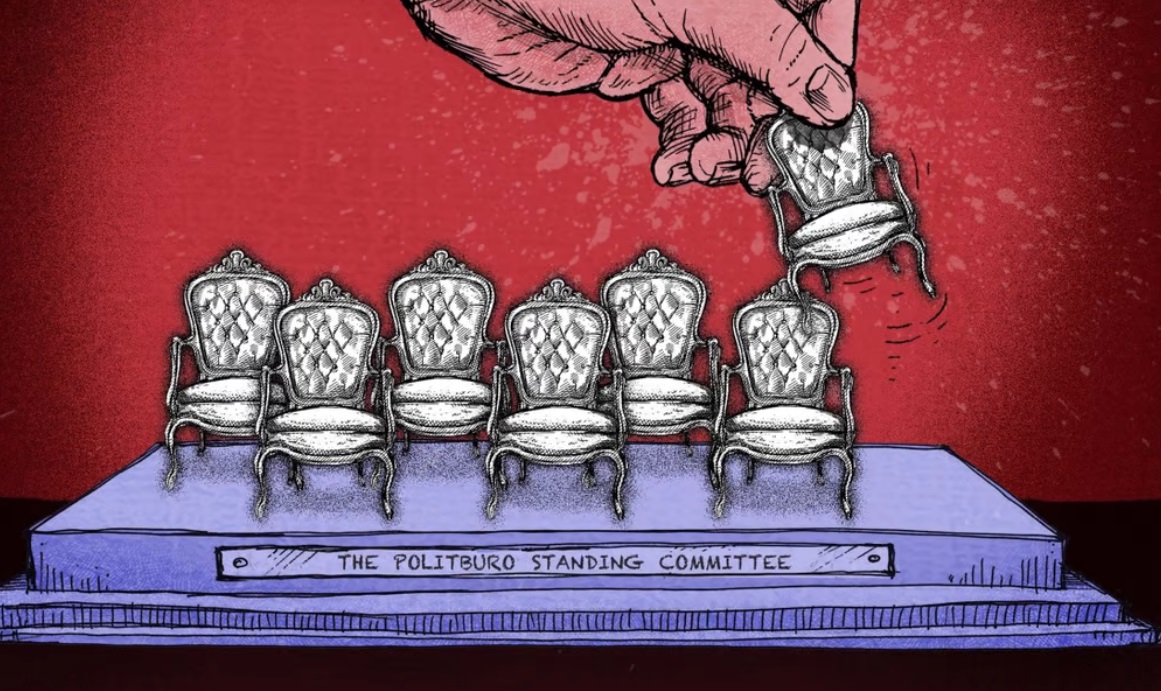 The Communist Party is set to hold its 20th national congress in mid-October, a gathering that will usher in a new line-up of the party’s leadership. In the second piece in a three-part series exploring the rules of the personnel reshuffle, Jane Cai looks at the conventions surrounding the Politburo Standing Committee.

At the end of the ruling Communist Party’s twice-a-decade congress in October, following a leadership reshuffle, those at the very top of Chinese politics will walk down a red carpet and meet the press.

Only then will it be known who and how many of China’s political elites will make up the new Politburo Standing Committee, the party’s top decision-making body.

There are no written rules on how many members it can have – the number has fluctuated between three and 11 since 1927, when the standing committee was first formed. But if the past is any guide, a change in size could reflect a shift in the concentration of power or a move to balance factions.

Theoretically, the members are chosen by delegates to the national party congress to represent the rich and diverse voices of the 90 million party members. While the members are ranked by a hierarchical order, they carry the same voting rights and make decisions collectively, with the party secretary as first among equals.

And they vote to decide on most key issues. For this reason, the size of the standing committee is almost always kept at an odd number to ensure there are no tied votes.

In practice, the standing committee is effectively “the small council” to help the party chief rule the country and the party. Each member is given certain portfolios and areas of responsibility. The exact division of labour and chemistry among the standing committee members varies greatly, and some party secretaries are more dominant than others.

During Deng Xiaoping’s era, when the real power was in the hands of the party elders, there were mostly just five standing committee members. Deng’s eventual successor Jiang Zemin expanded the standing committee to seven in 1992, and again in 2002 as he stepped down from the party leadership role.

Hu Jintao, whose tenure was marked by a diffusion of power, had eight other colleagues. While the extra seats ensured different factions had a voice in the top decision-making body, it also led to fragmentation.

During Hu’s decade, the standing committee was often half-jokingly called “nine dragons ruling the rainfall” – a Chinese idiom based on the mythical creature’s role in controlling the rain. Too many dragons lead to severe droughts, as none is powerful enough to produce a downpour. (SCMP)

colombogazette.com - Why size matters when it comes to China’s new leadership line-up

Sri Lanka is struggling to secure dollar earnings and that has threatened its fuel, gas imports.

An advanced payment was settled today for the second cargo of coal, Minister of Power Energy Kanchana Wijesekera said today, offering an update on the fuel and coal procurement process.

A discussion on the national weather plan contributing to the development of the country was held yesterday (29) at the Presidential Secretariat under the leadership of President's Secretary Saman Ekanayake and the Deputy Leader of the United National Party, President's Advisor on Climate Change Ruwan Wijewardene.

“I will not allow you to venerate Satanic music for Satan in my city,” Senanayake was heard saying.