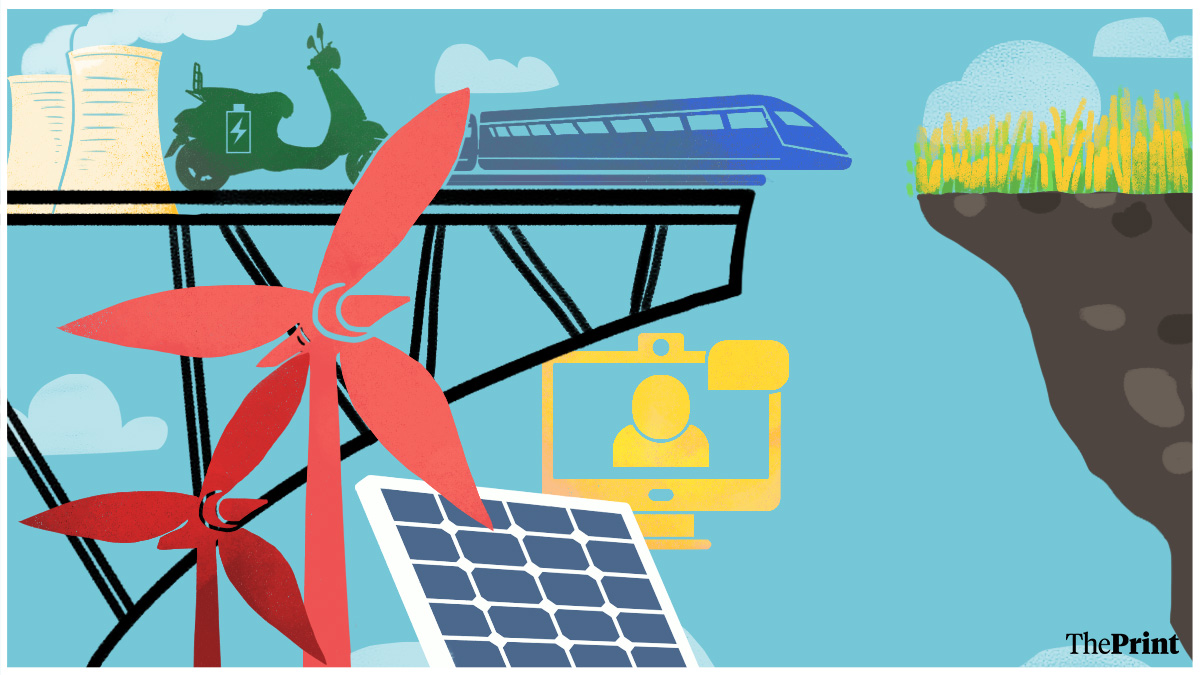 Climate change has become the primary challenge of the 21st century. Now that “net zero” goals for carbon emission have gained near-universal acceptance, they will begin to drive transformational economic change through massive waves of investment.

Change will sweep across virtually every major industry and activity (from energy to transport, and construction to heavy industry), and boost related businesses like solar panels and batteries, and businesses further upstream like electronic chip-making (which consumes a lot of energy) and special metals. New hydrogen pipeline grids may supplement existing ones for gas and oil, and charging stations could be everywhere. It is difficult to think of a major industry that will not be affected, whether fertiliser made with green ammonia, or steel without using fossil fuels. In a couple of decades, the economy may be unrecognisable from today’s.

With good reason, for every week’s headlines drive home the imperative for change. Pakistan is drowning, its economy taking a 9 per cent hit from unprecedented floods; the damage is said to have been magnified by 50 per cent because of climate change. The generally less predictable weather has affected agricultural sowing patterns, set off forest fires, and made places like Britain as hot as an Indian summer. Sometimes it feels like an almost end-of-times situation as Himalayan glaciers recede, gigantic bits of Antarctica break off, the seas rise, and all forms of life (from butterflies to beavers) move from the warming zones to colder ones.

And so, if one looks at the investment plans being announced by large companies, the biggest have to do with climate change. That includes enterprises placing big bets on electric cars and scooters, a complete switch to electric traction for the railways, and the further scaling up of solar and wind energy farms, to be used increasingly to make green hydrogen. Think also of traditional businesses going green, and the pressure to use less energy, create less (and recycle more) waste, and become less material-intensive. Every business from cement and steel to consumer packaging and even shipping (smoother paint for a ship to slice more easily through water) is caught up in the transformation.

The de-carbonisation of human activity will build on what has already been made possible by digitisation and the communications and data revolution. That means an end to the daily commute, virtual meetings, telemedicine, even (though more dubiously) education — along with the transformation of banking from physical to virtual. Covid has helped push these changes along.

These could spur longer-term lifestyle changes. Like living further away from the big metros, in new, friendlier enclaves with supporting infrastructure. The faster inter-city trains being launched would help. Why not live in more spacious homes in less hurried Chandigarh or Jaipur, and commute to Delhi when needed if the journey takes only a couple of hours? Or, Meerut if you are so inclined, with a train commute of less than an hour?

The combination of crisis and opportunity has brought governments together with businesses like only a crisis can, though in Europe and elsewhere the Ukraine conflict has pushed many countries back to carbon dependence. Still, countries have emission targets to meet, prompting incentives and subsidies for the desired investments.

Reliance is reported to have asked the Gujarat government for 1,800 sq km of land in Kutch for its green energy project — that is an area slightly bigger than Delhi state. It’s not just Ambani and Adani, and Tata. Public sector giants like Indian Oil and NTPC, Larsen & Toubro and ReNew Power, among others, have latched on to the new opportunities. A ride-hailing company like Ola is into e-scooters, and home delivery is already changing retailing.

Some businesses will suffer, of course: The travel and hospitality segments, the office-wear market, cinema halls challenged by video streaming, and commercial real estate as companies downsize if not give up offices. In their place, pied-a-terres in metros for those living beyond even the exurbs might spell real estate opportunity. In any case, India as a late-comer has an unplanned advantage: It has to destroy less of the old to make way for the new. (The Print)

colombogazette.com - Why late-comer India has an advantage in embracing the Green economic transition