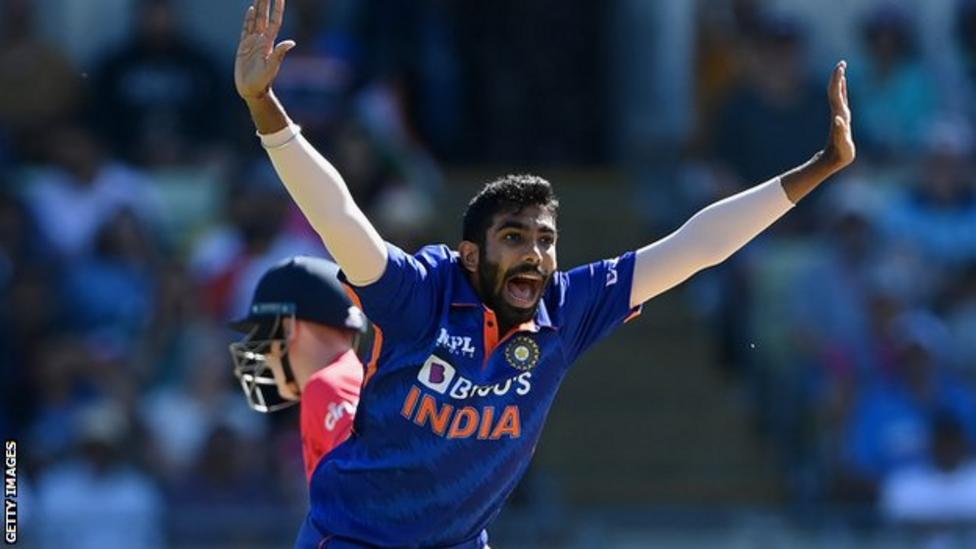 India fast bowler Jasprit Bumrah has been ruled out of the 2022 Men’s T20 World Cup with a back stress fracture.

The 28-year-old, one of the best bowlers in the world, recently pulled out of India’s T20 series against South Africa with a back issue.

India say the decision was taken after “detailed assessment and in consultation with the specialists”.

They are seen as one of the favourites for the tournament which begins later this month.

India are already without all-rounder Ravindra Jadeja, who has a right knee injury.

A replacement for Bumrah will be announced “soon”, the Board of Control for Cricket in India said, with Mohammed Shami and Deepak Chahar the other pace bowlers on their reserve list.

The BCCI did not specify Bumrah’s injury but the International Cricket Council called it a back stress fracture.

India’s first match of the World Cup is against rivals Pakistan at the Melbourne Cricket Ground on 23 October.

The preliminary stage of the tournament starts on 16 October before the main group phase follows from 22 October.

England’s opener is on 22 October against Afghanistan in Perth. (BBC)