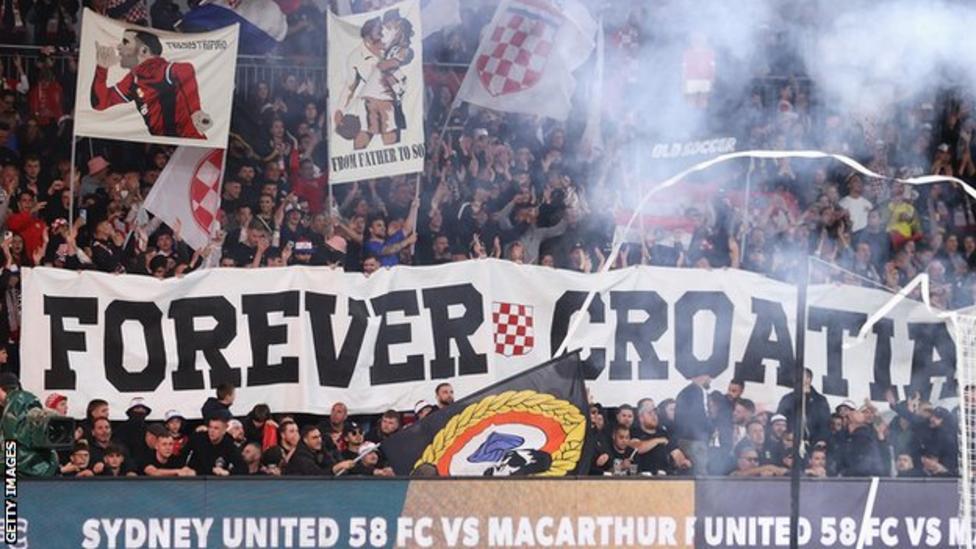 Football Australia (FA) have issued a lifetime ban to a spectator for making “a fascist salute or similar gesture” during the Australia Cup final.

FA said it “strongly condemns the actions of a small minority” of Sydney United 58 fans at Saturday’s game.

The immediate ban from FA-sanctioned games comes after an FA investigation into the spectator’s conduct.

FA is now working to “identify other individuals who may have committed similar anti-social behaviour”.

Formerly known as Sydney Croatia, Sydney United 58 became the first non A-League side to reach the final and lost 2-0 to Macarthur FC in front of a crowd of 16,461 at the Western Sydney Stadium.

The club said it was “concerned” by reports of the actions of supporters and that it would work with authorities to conduct a “full investigation”.

In an open letter, FA chief executive James Johnson said: “What should have been a celebration of a tightly contested and excellent game of football has been marred by the actions of groups of a few people, which do not represent the values and expectations of our football community.

“Football Australia has a zero-tolerance policy to disrespectful and offensive behaviour at sanctioned events and will not tolerate behaviour that has the potential to offend, insult, humiliate, disparage or vilify spectators, players or officials.

“I would like to thank the Australian football community for taking a stand and making it clear that they will not accept this kind of behaviour and that it has no place in our game.” (Courtesy BBC)