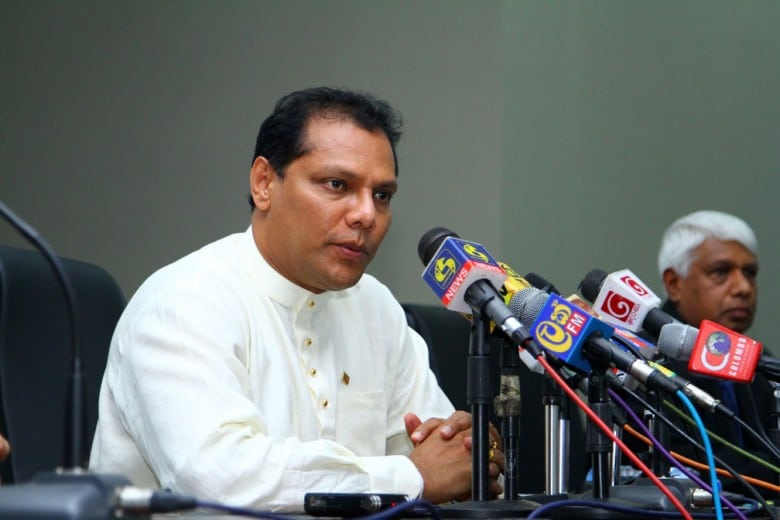 Former Minister Dayasiri Jayasekera is still occupying an official residence of the Government despite crossing over to the opposition.

Power and Energy Minister Kanchana Wijesekera told Parliament that the former Minister has not moved out despite joining the opposition 6 months ago.

Jayasekera responded saying that he has requested for a house in Colombo.

He said that he will remain in the Government house till a new house is given to home.

The former Minister also insisted that he has paid the electricity and water bills of the Government owned house.

However, he said that a false news had been published saying he had not paid the electricity bill.

Wijesekera said that Jayasekera must leave the official residence as he continues to work on behalf of the opposition.

The Minister said that Jayasekera has been asked to pay the outstanding electricity bill, which amounts to over Rs. 600,000. (Colombo Gazette)

The Ceylon Electricity Board (CEB) has not requested an electricity tariff revision so far and there is no requirement for a tariff revision at the moment, says the chairman of the Public Utilities Commission of Sri Lanka (PUCSL) Janaka Ratnayake.

One dead, several others injured after bus collides with train
Thursday, December 1, 2022 - adaderana.lk

One person has been reported dead this afternoon (Dec. 01) following a collision between a bus and a train at Ariyalai, Jaffna.

The revised visa fees and other charges levied by the Department of Immigration and Emigration are due to come into effect today (01 Dec).

The water supply in several parts of Colombo will be interrupted for 15 hours tomorrow (Dec. 02) due to essential maintenance work related to the Ambatale Energy Improvement Project.