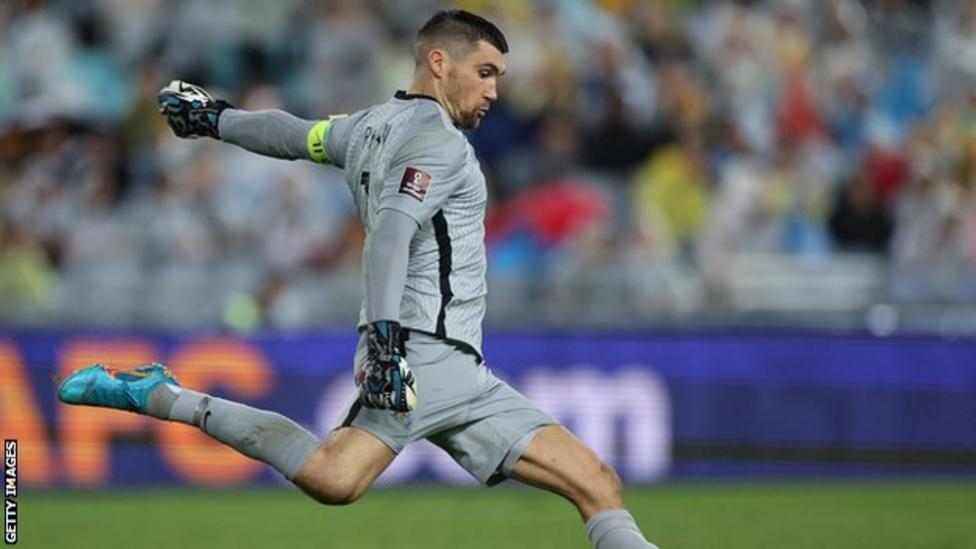 Australia have released a collective statement against Qatar’s human rights record, becoming the first 2022 World Cup team to do so.

Football Australia also released a statement saying the “suffering” felt by workers and their families caused by the tournament “cannot be ignored”.

Australia will play at the tournament in Qatar, which starts on November 20.

The video, which features 16 players, calls for “effective remedy” for migrant workers and the decriminalisation of same-sex relationships.

“Addressing these issues is not easy, and we do not have all the answers,” the players said.

“We stand with FIFPro, the Building and Wood Workers International, and the International Trade Union Confederation, seeking to embed reforms and establish a lasting legacy in Qatar.

“This must include establishing a migrant resource centre, effective remedy for those who have been denied their rights, and the decriminalisation of all same-sex relationships.

“These are the basic rights that should be afforded to all and will ensure continued progress in Qatar and a legacy that goes well beyond the final whistle of the 2022 Fifa World Cup.”

In the message, the players acknowledged some reforms such as the abolition of the ‘kafala’ system – which enabled employers to take away workers’ passports and block them from leaving the country – however said these were inconsistently applied and do not go far enough.

‘Everyone should feel safe’

The statement from Football Australia also references Qatar’s laws on LGBTQ+ relationships. Homosexuality can be punishable by death in the gulf state, with comments from UK foreign secretary James Cleverly that gay fans attending the tournament should show “flex and compromise” being criticised.

Adelaide United defender Joshua Cavallo, the only currently active male top-flight footballer to be out as gay, has a cap for Australia Under-20s.

“As the most multicultural, diverse, and inclusive sport in our country, we believe everyone should be able to feel safe and be their true authentic selves,” the statement said.

“Whilst we acknowledge the highest levels of assurances given by HH Amir of Qatar and the President of Fifa that LGBTI+ fans will be safely welcomed in Qatar, we hope that this openness can continue beyond the tournament.”

It is one of the most notable demonstrations of criticism made by any of the teams playing at the World Cup, with the decision to hold the tournament in Qatar having been heavily criticised since Fifa made the announcement in 2010.

Human rights groups have complained about the treatment of foreign labourers in Qatar, and the number who have died there.

In February 2021, the Guardian said 6,500 migrant workers from India, Pakistan, Nepal, Bangladesh and Sri Lanka had died in Qatar since it won its World Cup bid.

The number is based on figures provided by the countries’ embassies in Qatar.

However, the Qatar government said the total was misleading, because not all the deaths recorded were of people working on World Cup-related projects.

The government said its accident records showed that between 2014 and 2020, there were 37 deaths among labourers at World Cup stadium construction sites, only three of which were “work related”.

Australia are in Group D alongside world champions France, as well as Denmark and Tunisia.

Group opponents Denmark have also made a protest against human rights abuses in the middle-east state by wearing a ‘toned down’ jersey for the World Cup.