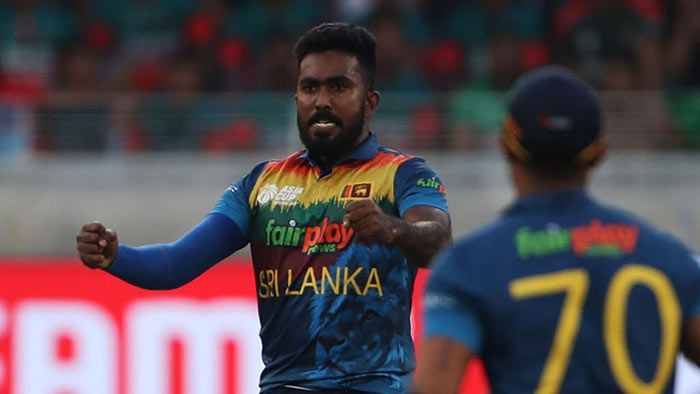 Bowler Asitha Fernando will join up with Sri Lanka’s Twenty20 World Cup squad as a replacement for Binura Fernando after the seamer was ruled out due to a hamstring injury.

Binura Fernando was unable to complete the opening over and had to leave the field as Sri Lanka slumped to a seven-wicket defeat by Australia on Tuesday.

“(Asitha) will travel out from Sri Lanka and join the rest of the squad in Australia,” the tournament’s Event Technical Committee said in a statement on Thursday.

Asitha Fernando has played three T20 internationals for Sri Lanka and has taken two wickets in the shortest format.

Binura Fernando had been brought into the team as a replacement for injured left-arm fast bowler Dilshan Madushanka earlier this month.

Sri Lanka, who are second in Group 1 in the Super 12 stage, next take on New Zealand on Saturday.