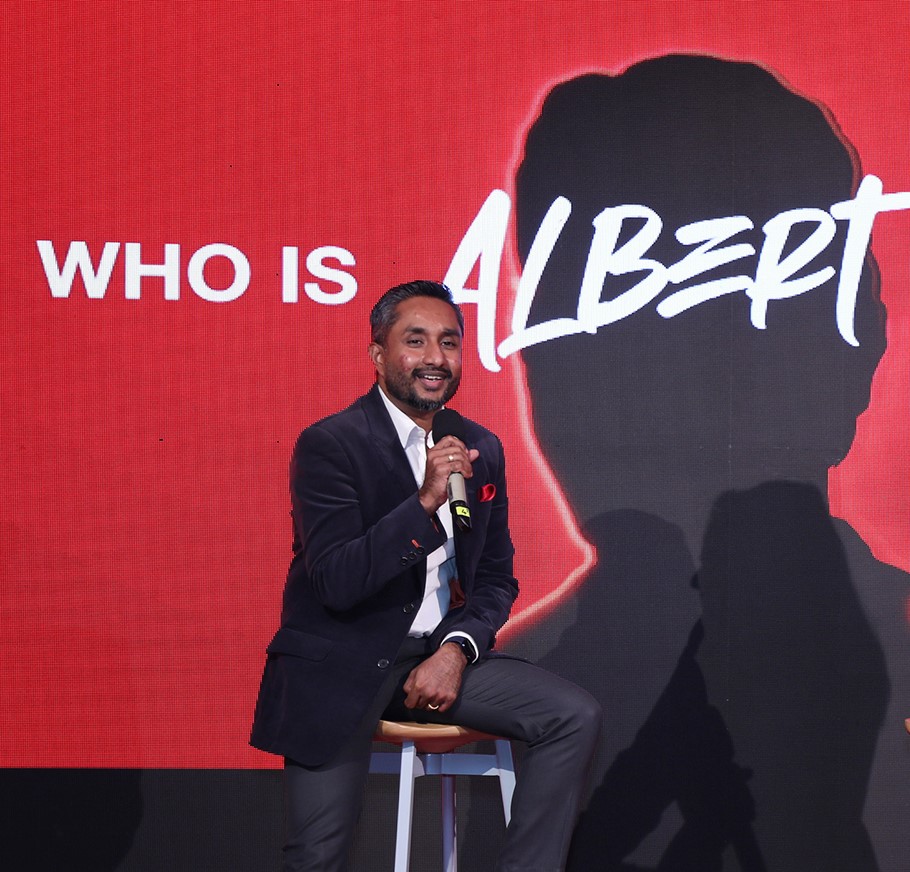 First aired over two decades ago, the iconic advertisement features Uncle Albert saving the day by sending Suresh Rs. 50,000 via Western Union to replace a wedding ring that is lost on the wedding day. Ever since then, Uncle Albert, whose true identity remained a mystery, became a truly iconic and homegrown reference for receiving money from abroad.

Seylan Bank is now bringing back the indelible character as the key motivator for Sri Lankans abroad and in the country, to receive foreign remittances through secure and official channels such as Western Union. The first-in-Sri Lanka promotional campaign will reward 15 responsible citizens who do so with a host of benefits and prizes including unique Uncle Albert digital collectibles.

Speaking on the initiative, Gamika De Silva, Assistant General Manager – Marketing and Sales at Seylan Bank said, “Increasing foreign remittances into the country is vital to addressing the current need of the hour that Sri Lanka is facing, and as the bank with a heart, we at Seylan Bank felt we needed to do something innovative to encourage increased remittances through official channels – and contribute to a national solution. We felt that reviving the unforgettable Uncle Albert can help us to connect with the young and old, and motivate both the sender and the receiver to use official channels for remittances and be part of solving a national need.”

Digital collectibles or non-fungible tokens (NFTs) are cryptographic assets on a blockchain that represent real-world items like artwork or real estate. Each of the Digital Collectible (NFT) has a unique identification code and metadata that distinguishes it from another. ‘Tokenizing’ real-world tangible assets makes buying, selling and trading them more efficient while reducing the probability of fraud.

Seylan Bank’s novel campaign which centres around NFTs will reward 15 winners with a unique Uncle Albert NFT each, while one winner from the 15 will also receive Rs. 100,000. Winners will be selected through a grand draw, and anyone who remits the equivalent of USD 500 in any foreign currency through the Bank’s Western Union service within 45 days since the campaign launch, will be eligible to enter by sharing a reference number to Seylan Bank’s social media channels. Winners will also receive access to a host of special services offered by Seylan Bank such as priority hotline, priority service in branches for all banking products and many more.

A senior officer at Sri Lanka Administrative Service, Engineer SMDLKD Alwis has bebbappointed as the new chairman of the Sri Lanka Transport Board (SLTB).

Luis Enrique has left his role as Spain boss after they were knocked out of the World Cup by Morocco in the last 16. The 52-year-old took charge in 2018 and guided Spain to the Euro 2020 semi-finals, where they lost to Italy. “We would like to thank Luis Enrique and his entire coaching staff,” said […]

Celine Dion has revealed she has been diagnosed with Stiff Person Syndrome (SPS), a rare neurological disorder with features of an autoimmune disease. The French Canadian singer told her 5.2m Instagram followers the condition makes her muscles spasm uncontrollably. It has also left her with difficulties walking and singing, she said, meaning she will be […]

President Ranil Wickremesinghe has given directives to publish a special gazette notification suspending the importation of rice to Sri Lanka with immediate effect, the Ministry of Agriculture says.

The pollution level of the airflow from India to Sri Lanka is receding fast, the National Building Research Organization (NBRO) says.

Video: RECESSION WILL BE HERE SOON!!! | BITCOIN TO GO FURTHER DOWN???
Video: BITCOIN | A POTENTIAL BAN ON BITCOIN???
Video: NO MORE CRYPTO | WE NO LONGER LOOK FOR CRYPTO!!!
Video: BITCOIN AND ETHEREUM INTO A DECISIVE POSITION!!! | CHAINLINK
Video: 2023 WILL BE A BAD YEAR FOR THE MARKETS | APECOIN
Video: CHINA LIFTS COVID RESTRICTIONS!!! | IS THIS THE BEGINNING OF A BULL RUN??? | VECHAIN
Video: TIME TO BUY BITCOIN??? | THESE ARE THE CRYPTO YOU SHOULD BE BUYING!!!