Qatar beaten by Ecuador as dream turns into nightmare 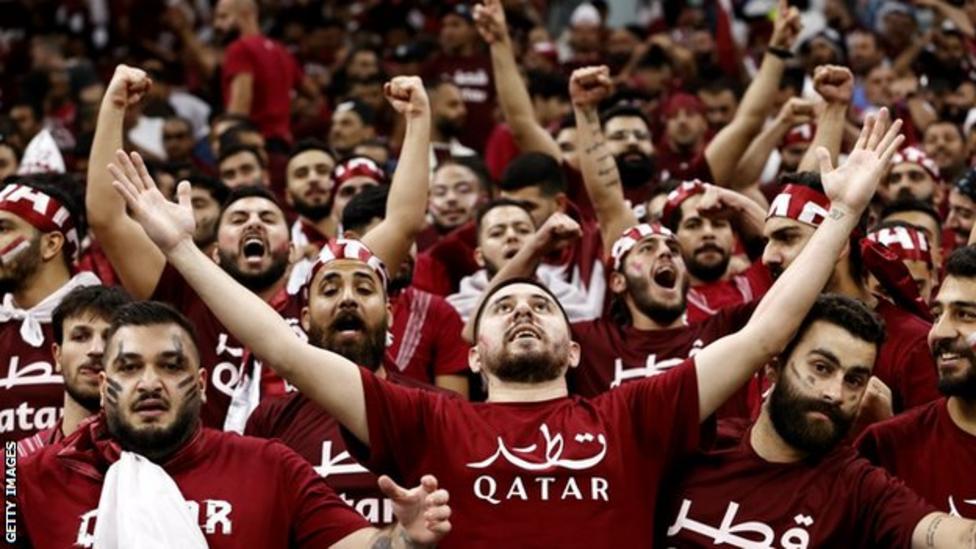 After the result from the competition’s opening game, anyone associated with Qatar will want to forget their last 90 minutes of football for the next week at least.

Felix Sanchez’s side were easily beaten 2-0 by Ecuador, failing to muster a shot on target in the entire contest.

And they become the first host side in the tournament’s history to lose their opening game.

A day that started with genuine optimism with the realisation of their World Cup dream coming true, it soon turned into a nightmare for players and fans alike.

Little had been written beforehand about how Qatar are the Asian champions and have an experienced squad with five players earning 100 caps or more.

And just as well because they had a shocker.

“Obviously this is not what we were hoping,” said Sanchez afterwards. “Now it is our turn to analyse this match, focus and try to forget about today.

“There are no excuses. Congratulations to Ecuador who deserved to win. There is a lot of room for improvement. We did not play at our best level. Maybe the responsibility or nerves took the best of us.

“A terrible start, this determines the rest of the match. We have to forget about the pressure.”

Qatar could have conceded their first World Cup goal when Enner Valencia headed in from close range, but they were given a reprieve by an offside call spotted by the video assistant referee.

Things didn’t improve though as ex-West Ham forward Valencia scored from the penalty spot and added a header for a 2-0 half-time lead.

While the Ecuadorians were enjoying their day out, the home supporters dressed in their traditional thobes and abayas were largely sitting in silence, but for a pocket of fans dressed in maroon shirts behind the goal.

Many of those who left their seats at half-time did not return, leaving the stadium half empty for most of the second period.

It contributed to a flat atmosphere which produced just one shot on target in the second half.

Asked about the vast number of empty seats, Sanchez said: “Truth be told, I had enough work in this game to look at this.

“Yes, we felt back and supported by our fans and I hope they can feel prouder next time. This national team can perform better and I am sure they will keep supporting us until the end of the tournament.

“It is far from our best performance. This competition is short so we have to recover for the next game and hopefully it will be better for us.”

But does not get any easier.

Africa Cup of Nations champions Senegal are next on Friday, rounding off Group A against the Netherlands on 29 November,

Qatar will need to get their act together – and quickly – to avoid the ignominy of being just the second host country after South Africa in 2010 to fail to make it out of the group stage.

Off the pitch, the build-up to their home World Cup was derided, on it the national team don’t want to suffer the same ordeal. (BBC)

colombogazette.com - Qatar beaten by Ecuador as dream turns into nightmare