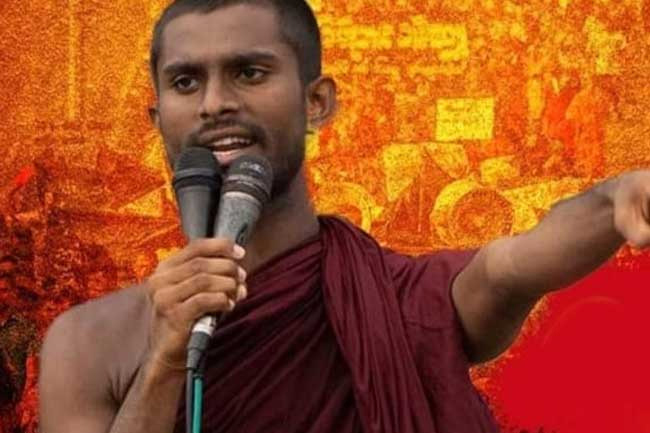 The Venerable Galwewa Siridhamma Thero was granted bail by the Colombo Magistrate’s Court today on two personal bails of Rs. 500,000 each.

He was also banned from travelling overseas and making statements over the case.

The monk was arrested and held under the Prevention of Terrorism Act (PTA) along with the convenor of Inter-University Students’ Federation (IUSF) Wasantha Mudalige.

He was later remanded again till 6th December over an incident which took place on 10th June. (Colombo Gazette)