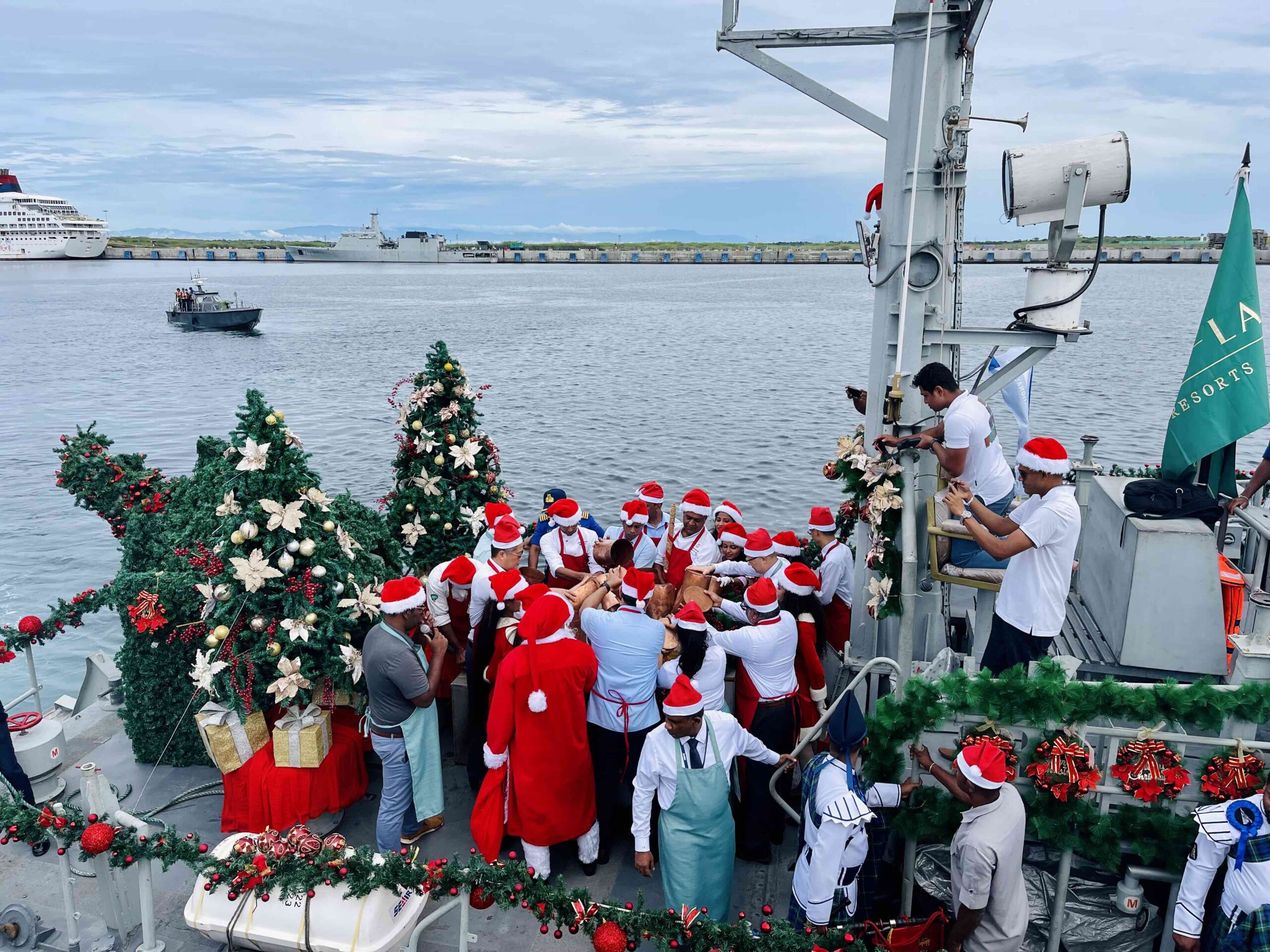 The cruise ships are set to arrive at the Hambantota International Port (HIP) during the season,  bringing with them over 2000 passengers.

Johnson Liu, CEO of the Hambantota International Port Group (HIPG) said that the arrival of the ships will be a great boost for the tourist economy of the southern part of the country.

Meanwhile, a Christmas cake mixing ceremony took place on board a Navy vessel at the Hambantota Port.

Hambantota International Port (HIP) said it was host to Shangri La Hotel – Hambantota as they kicked off the year-end festive season with their Christmas cake mixing ceremony.

The event was held on board a Sri Lankan Naval vessel docked at the Hambantota International Port.

The Christmas cake, which is complex and unique in its making, is an age-old tradition.

While each home has a special recipe for it, hotels have made it into a much anticipated seasonal activity that spells the beginning of the holiday season and this year HIP played an important role in it.

“The coming together of the Hambantota International Port Group (HIPG) and the Sri Lankan Navy to host this event is significant as Sri Lanka positions itself to receive record numbers of tourists this year for the winter season. We are proud to be a part of this endeavour,” Johnson Liu said.

HIP works in collaboration with multiple companies including the tourism sector to promote local industry and business, especially in the southern region. (Colombo Gazette)