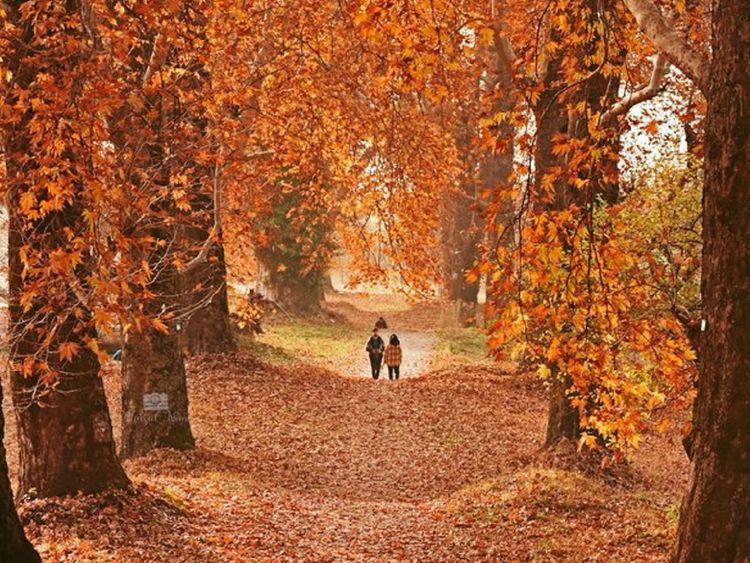 The autumn’s blazing shade on the Kashmir Valley has attracted young couples from across the country to capture a pre-wedding living memory.

Kashmir has been witnessing unending tourist footfall this year from across the country as peace and normality has overtaken the turmoil of decades. Under the blazing leaves of Chinar trees in Mughal-era built gardens of Nishat and Shalimar, dozens of couples from different states have arrived for pre-wedding shoots.

Usually, tourists throng these gardens during summer to cool off under the shades of green chinar leaves, but now the blazing autumn leaves are a new attraction among couples, filmmakers and travel enthusiasts.

This has opened up livelihood opportunities for young videographers and photographers who are being hired by these couples for framing their lifelong memories.

Many of these young couples have been influenced by the romantic Bollywood blockbuster movies but would find it expensive to go to European countries for shooting.

“I had seen such places in movies where actors would sing but going to foreign countries was not possible as yet. So, I heard about Kashmir’s autumn from friends and then researched about it on social media. And immediately, my fiancee and I decided to come to Kashmir for shooting,” said Avinash, who came with his fiancee from Bengaluru.

“We were enthralled by the mesmerising beauty of these gardens and gave it a go on the first look,” he said.

Avinash said that peace and tranquillity in Kashmir have created a positive perception among people across the country which is attracting them to come and visit heaven on earth.

Another couple who came from Kolkata said that they had planned their pre-wedding shoots in North East and Goa, but after seeing blazing autumn pictures they cancelled it for Kashmir.

“We had planned to shoot in Goa, but then I saw pictures on social media about the beautiful autumn which compelled us to arrive here,” said the couple from Kolkata.

The arrival of tourists to the Valley has increased manifold since last year. Officials said that about 1.60 crore tourists visited Kashmir since the COVID lockdown was lifted.

Floriculture and Tourism officers have facilitated the smooth arrival of visitors and shooters by starting convenient online permissions to Mughal gardens and Dachigam National Park.

J-K Tourism Secretary Sarmad Hafeez said the tourist footfall has not stopped even after the summer season.

“From a normal tourist destination, Kashmir is now becoming a pre-wedding and post-wedding shooting spot. People now arrive for such life-cherishing memories and the autumn season is the hallmark for it,” Hafeez said.

The shootings have opened up new livelihood opportunities for videographers and photographers.

“Couples are hiring us for shoots for their pre-wedding or post-wedding ceremonies. The autumn season has become spring for our livelihood,” said Umar Hakeem, a young videographer. (ANI)