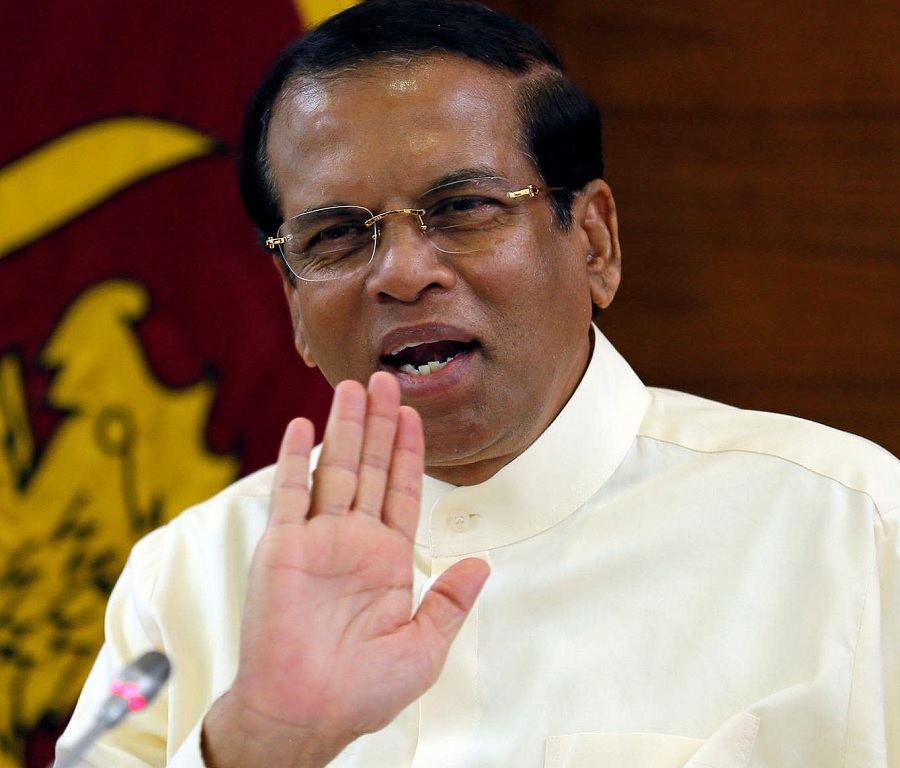 Former President Maithripala Sirisena says some people who cant walk have been made Ambassadors by Sri Lanka.

He also said that one Ambassador posted overseas, travels to the United States on holiday and not Sri Lanka.

The Ambassador was appointed to a powerful country but goes to the US when on holiday.

The former President expressed these views while speaking in Parliament today.

Sirisena said that Sri Lanka’s behaviour with the world must be looked into.

He said that some politicians in the past had verbally abused some countries.

The former President also recalled that one politician had even made fun at then UN High Commissioner for Human Rights, Navanethem Pillay.

“The world is watching us,” he added.

He said that only suitable people must be appointed as Ambassadors by Sri Lanka. (Colombo Gazette)

Sri Lanka Police have decided to file an appeal against the recent release of Wasantha Mudalige, convener of the Inter-University Students Federation (IUSF), from the charges filed against him under the Prevention of Terrorism Act (PTA).

The bodies of two females who had reportedly died under mysterious circumstances has been discovered by Deraniyagala Police this afternoon (02 Feb.) from a house located in the area.

Video: CRYPTO SHOULD BE BANNED??? | BEWARE OF "SAND"??
Video: FED GIVES A GREEN LIGHT!!! | IS THIS THE BULL RUN???
Video: THE MARKETS REACTION TO THE FED FUND RATE RELEASE!!!
Video: BITCOIN IS NOW BULLISH THAN EVER BEFORE!!! | RIPPLE MIGHT MOVE UP TO $1???
Video: CRYPTO MOVED FROM FEAR TO GREED, CAN IT HOLD??? | ETHEREUM, FANTOM, CARDANO
Video: RATE HIKE IS SCHEDULED FOR TODAY!!! | WILL THE MARKETS CRASH AGAIN???
Video: FED RATE HIKE එක MARKET එකට කොහොම වෙයි ද?