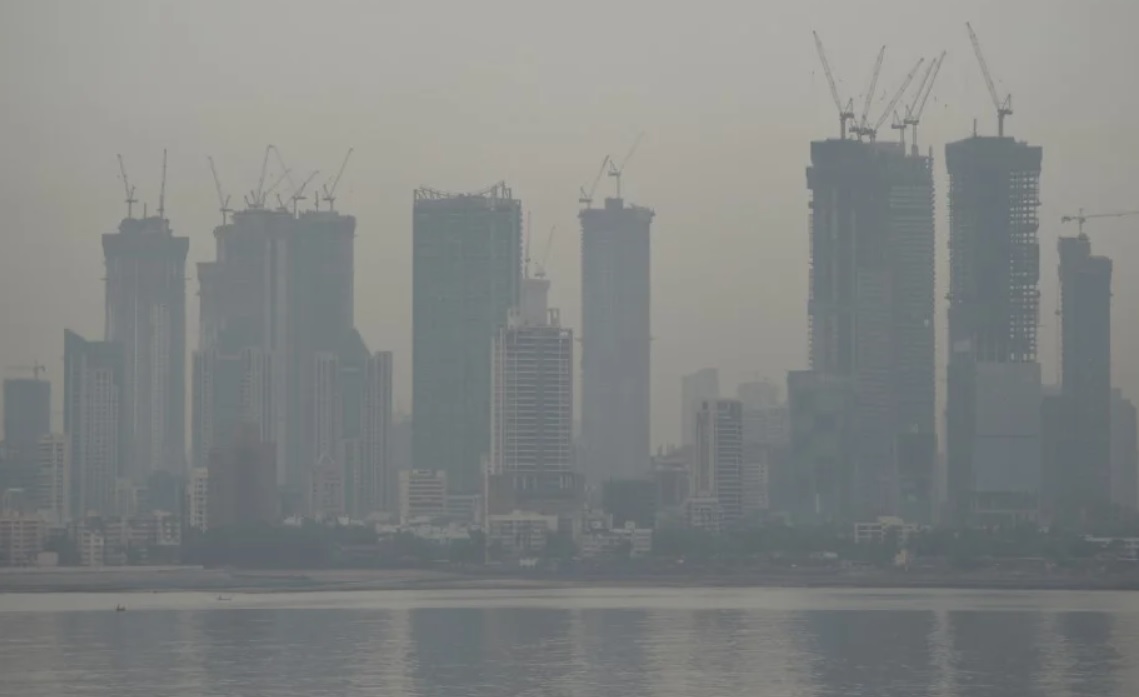 It’s capital Delhi that usually makes headlines for having dangerous levels of air pollution during the winter months.

But Mumbai, which has a vast coastline and is considered to have better air quality, has overtaken Delhi in pollution levels this week.

Mumbai has joined a growing list of Indian cities that have bad air.

Experts say rapid construction, adverse weather conditions and increasing pollution from vehicle emissions are some of the factors responsible for the deteriorating air quality.

The level of PM 2.5 – fine particulate matter that can clog lungs and cause a host of diseases – was 308 in the city on Friday morning, compared to Delhi’s reading of 259, according to government data.

Levels between 200 to 300 are considered poor and any reading between 300 to 400 is categorised as very poor. Many Indian cities, including Delhi, Kolkata, Kanpur and Patna, often report PM 2.5 levels well above the safe limit.

A figure between zero and 50 is considered “good”, and between 51 and 100 is “satisfactory”, according to the the air quality index or AQI.

Meanwhile, local hospitals in Mumbai have reported an increase in the number of people coming in with breathing difficulties and other ailments related with poor air quality.

Doctors have advised people to wear masks and avoid going out when not necessary. Mumbai’s civic officials say they are taking urgent steps to improve the air quality.

Bad air quality in Indian cities is causing serious health issues to people. A Lancet study reported that pollution led to more than 2.3 million premature deaths in India in 2019. (BBC)

The Public Utilities Commission of Sri Lanka (PUCSL) has informed the Ceylon Electricity Board (CEB) that requests for power interruptions would not be green-lighted until February 17, 2023.

MP Patali Champika Ranawaka has revealed that the Ceylon Electricity Board (CEB) has earned a sum of Rs. 108 billion within the first three months of implementing the new electricity tariff.