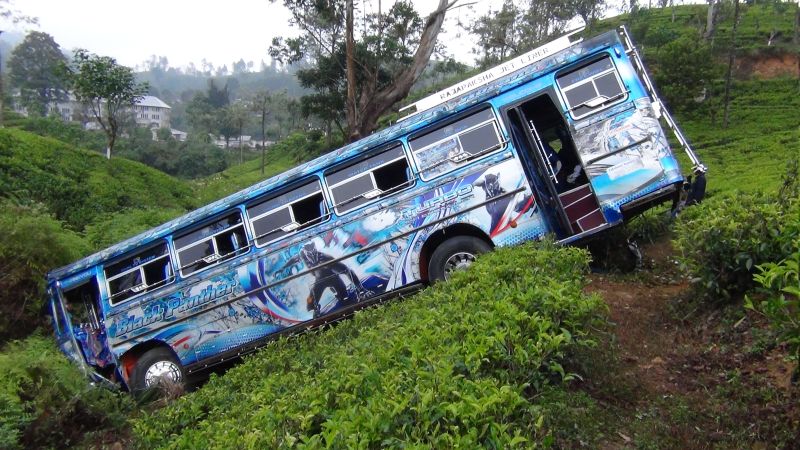 The driver of the bus, which was involved in the deadly accident in Nanuoya, has been arrested.

The 62-year-old driver is receiving treatment in hospital but will be produced before a Magistrate tomorrow (Sunday).

The driver has been accused of being responsible for the accident which killed 7 people.

Seven people were killed and at least 50 others, including a number of students from Thurstan College in Colombo sustained injuries following the accident in Nanuoya, Nuwara Eliya last evening.

The accident involved a bus transporting the students from Thurstan College in Colombo who were on a trip and a van and a three-wheeler.

The bus had crashed into the other 2 vehicles and went down a precipice.

Among those killed in the accident last night (Friday) are Abdul Raheem (55) and Aysha Fathima (45) and their 2 children as well as a relative aged 13, 8 and 14. All five were travelling in the van.

The students from Thurstan College in Colombo who were in the bus sustained minor injuries.

Eyewitnesses blamed the bus driver for the accident saying he had disregarded the street signs in the area. (Colombo Gazette)