( June 12, 2014, New York City, Sri Lanka Guardian) Over the years prominent Pakistani leaders have held identical opinions alleging that Pakistan is invincible. The recent Pakistani Taliban attacks including those on Karachi&apos;s international airport have put that claim to the test. Yes, it is true the terrorists were defeated due to the brave warriors who gave their lives. However, will future attacks that are inevitably coming be successfully repelled? 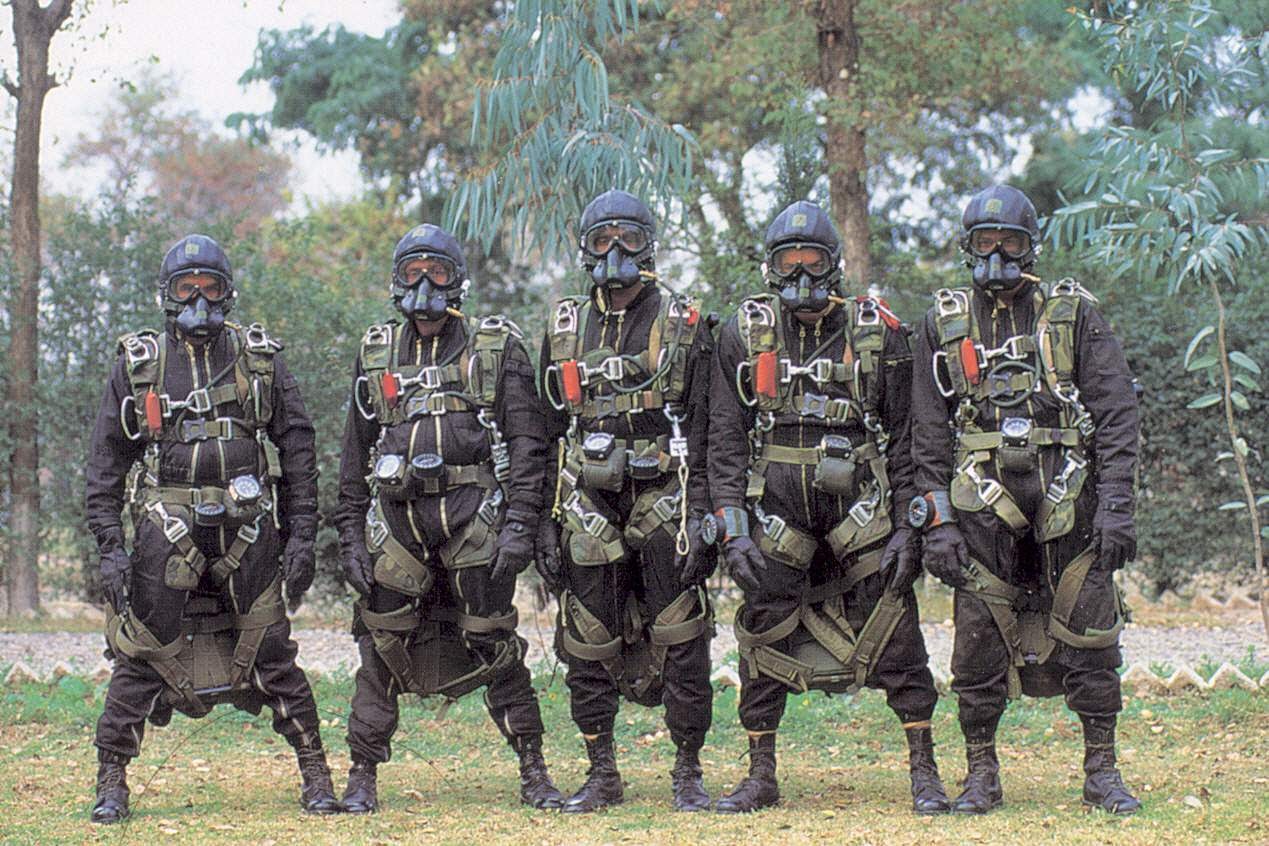 Yes, invincibility for Pakistan is a laudable goal. Throughout time, many have strived to achieve it, but as history shows, with no success. Enemies inevitably discover new ways to counter any defenses, as the Pakistani Taliban did for a time with the heavily fortified airport in Karachi.

Even if the Pakistani Taliban are defeated, the problem of terrorism will still not be solved for long. Other terrorists will eventually move in to take their place.

Pakistani leaders&apos; previous defense plans as well as their future ones are based largely on conjecture, and such is their outcome. The conventional military approach of fighting terrorism largely lacks a statistical guarantee of success of where a leader can wisely and safely assert &quot;yes, this approach will definitely work.&quot;

Obviously, it is a dangerous time in Pakistan. This is why it is particularly risky to base one&apos;s military plans on guesswork, as a massive firestorm could erupt, further crippling Pakistan&apos;s economic growth. It is already extremely difficult for Pakistan to lure international business to assist in boosting its struggling economy. If a full-blown war were to break out in Pakistan this situation would likely become much worse.

There is a scientifically-validated approach to effectively, efficiently, quickly end turmoil and boost the economy. If Pakistani leaders have the political will to order the Pakistani military to deploy an unusual but effective approach, they no longer need to base their plans on guesses.

This means of violence removal is based on peer-reviewed research. The approach has been field-tested by militaries and validated by 23 studies published in peer-reviewed scientific journals. Based on 25 years of research, it has been endorsed by independent scientists and scholars.

Where deployed by foreign military circles worldwide, it is known as Invincible Defense Technology (IDT), the Unified Field Technology. The names comes from the fact that this preventive defense system, deploying human resources, and utilizing the human brain mechanics, is thought to engage the level of the Unified Field, where all the forces of nature are most powerful, coherent and united. The Unified Field effect, IDT, has been statistically proven numerous times to decrease and prevent violence, terrorism, and boost the economy. This defense technology supersedes all others based on weaker electronic, chemical, and nuclear forces. Any military which correctly deploys this powerful human-resource-based technology, due to the coherence of this Unified Field effect, does not allow negative trends and enemies to arise in the neighboring countries, so in result, it has no enemies. No enemies means, no terrorism.

Despite the success of IDT deployment by other militaries, the Pakistani military continues to rely almost solely on its non-unified field-based weaponry, rather than on the IDT statistically tested prevention-based approach.

IDT involves creating Preventive Wings of the Military. Their warrior&apos;s daily routine includes two hours twice a day practice of a human resource-based technology, which is known and researched as the Transcendental Meditation® and its advanced TM-Sidhi program. As a military societal coherence-creating unit, (the Unified Field Technology Quiet Impact Group), they quietly practice these programs twice a day, seven days a week, preferably in a secure location near the targeted population. Their presence and deep-field influence operation does not need to be disclosed to achieve the effect of violence removal and conflict resolution.

The 23 studies carried out in developed and developing nations in all continents, including Europe, Australia, the Middle East, Africa, Southeast Asia, and Latin America, constitute the largest and the most successful experiment in social sciences of the 20th century.

For instance, in a 1978 IDT intervention a total of 1,400 civilian IDT experts went to five world trouble spots - Lebanon, Iran, Rhodesia, Kampuchea, and Nicaragua. For about 10 weeks they used the Unified Field effect to create societal coherence and stop violence. In 1978, 14,567 terrorist/fight events were recorded in the Conflict and Peace Data Bank (COPDAB), the world&apos;s largest such resource. Time series analysis showed the IDT project had a strong and statistically significant effect world-wide. Contingency table analysis of COPDAB data against a 10-week control period, against a 1-year baseline, and against a 10-year baseline all showed improvement. Investigators report trouble-spot areas experienced noticeable decreases in violence and disorder upon arrival of the group, and, in general, a return to previous trends upon their departure.

Such coherence-creating groups have achieved positive benefits to society, shown statistically, in even just 48 hours. Modern statistical methods used in this research preclude chance or coincidence.

The IDT, the Unified Field Technology approach was used during wartime (drop in fighting and in number of deaths and casualties, progress toward resolving the conflict), and in peace (drop in crime rate, drop in violent death index, decrease of misery index, drop in unemployment, rise in a quality of life index). Societies using it perform extremely well in a very short time. This is what decreased the intensity of war in Lebanon in 1984 in a dramatic way in 48 hours, to name only one of the successful experiments.

In 1992, President Joaquim Chissano, Lt. Gen. Tobias Dai, and the Chiefs of Staff of the Mozambique military carefully analyzed the IDT research. They made a unanimous decision to adopt it for their country by training about 3,000 soldiers and 16,000 police.

As predicted, violence disappeared by 1993. Societies using these groups also become more self-sufficient. For instance, in Mozambique the economic growth reached 19%. Once the poorest world country in 1992, by 2000; it had moved up to be the world&apos;s fastest-growing economy.

Militaries worldwide are training military IDT experts. The historical ramifications of this are profound. By accessing the Unified Field of all the Laws of Nature, these military IDT groups are harnessing the most powerful force in the universe, and boost their economic growth simply by creating a peaceful influence. Why not Pakistan?

If Pakistani leaders really want to defeat terrorism and become invincible, they should have the courage to order their military to use IDT. If they quickly act, Pakistan could create lasting peace, boost its economy and gain international prestige by having a truly invincible military. One, which, as statistical research shows, is incapable of creating an enemy. 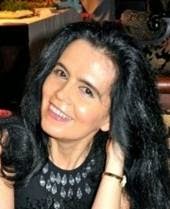 Teresa Studzinski, M.A. is the President and Co-founder of The Global Alliance for Preventive Wings in the Military, a 501(c)(3) organization, and CEO of Technology and Transformation LLC. Teresa is an Expert in the Unified Field Technology - IDT Social and Military Application and a member of The Armed Forces Communications and Electronics Association - AFCEA International. She is also a businesswoman and formerly investigative journalist, member of The Foreign Press Association in New York and The National Press Club in Washington, D.C. Teresa travelled widely to interview such political figures as Secretary of State Hillary Clinton, former US National Security Advisor Condoleezza Rice, Henry Kissinger, and many others. 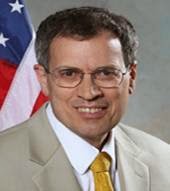 David Leffler, Ph.D. is the author of &quot;A New Role for the Military: Preventing Enemies from Arising - Reviving an Ancient Approach to Peace&quot; which was featured in the Journal of Management & Social Science (JMSS). JMSS is published in Karachi, Pakistan by the Institute of Business and Technology (BIZTEK). Dr. Leffler was a member of the US Air Force for nearly nine years. He served as an Associate of the Proteus Management Group at the Center for Strategic Leadership, US Army War College. Dr. Leffler now serves as the Executive Director at the Center for Advanced Military Science (CAMS) and teaches IDT. He is on Twitter.