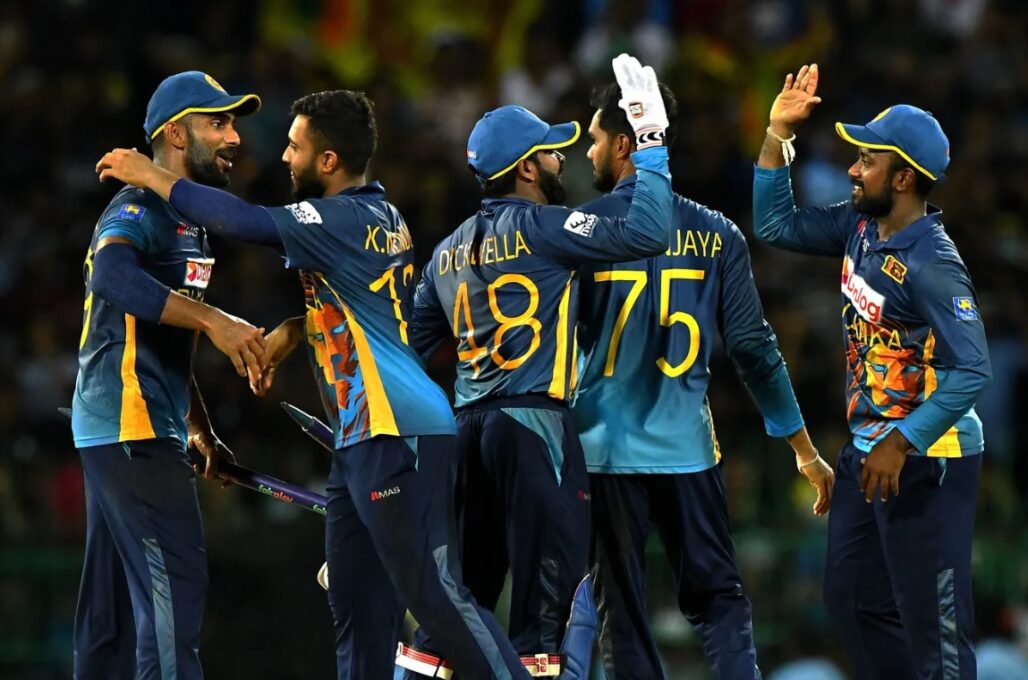 Spin did the trick for Sri Lanka as they beat Australia by four runs in the fourth ODI in Colombo to take an unassailable 3-1 lead in the series.

Put in to bat first, it was the worst possible start for Sri Lanka who were rocked at the very start of the innings. Glenn Maxwell outfoxed Niroshan Dickwella in the second over, the batter dancing down the tracks only to be completely deceived by the flight of the delivery and be stumped by Alex Carey. Kusal Mendis saw his stumps uprooted after a beautiful delivery by Pat Cummins. Mitchell Marsh also made an immediate impact, getting the vital wicket of Patum Nissanka, as the hosts found themselves reeling at 34/3.

A big partnership was the need of the hour for the hosts. They got exactly that with Dhananjaya de Silva and Charith Asalanka steadying the ship. After a sedate start, the pair upped the ante, registering a 101-run partnership off just 100 deliveries. Dhananjaya de Silva would perish relatively soon after reaching his half-century, but Asalanka would carry on to make it count big.

Asalanka would continue to battle hard for the Lankan cause, registering some crucial partnerships with Dunith Wellalage and Wandindu Hasaranga. In the process, he also brought up his maiden international ton. He ended with a 110 off 106 deliveries, a crucial knock that ensured Sri Lanka were not skittled out after a nervy start. Hasaranga (21* off 20) and Wellalage (19 off 35) also played handy knocks as Sri Lanka posted 258 in 49 overs.

It was a tricky chase, and while David Warner sealed up one end, he lost many partners. Aaron Finch, his opening partner, fell early on, and he was swiftly followed back into the dugout by Mitchell Marsh, Marnus Labuschagne and Alex Carey, all of whom got off to decent starts but failed to convert them. Warner, however, proved to be the biggest thorn for Sri Lanka. He kept the scoreboard ticking, and brought up a brilliant half-century.

Despite Warner’s best efforts, the lack of support from the other end led to Australia’s downfall. Warner looked well on course to notch up his 19th ODI ton, but his innings ended in heartbreak as he fell just one short of the mark, stumped on 99 off Dhananjaya de Silva. The off-spinner, in fact, would play a major role in turning the tide of the match as he also snared Travis Head just as a partnership was brewing between him and Warner.

On a deck that was assisting the spinners, Sri Lanka’s decision to field a battery of them paid dividends. They put a stranglehold on the Australian batters for long periods, the pressure eventually telling on the visitors, with wickets falling in a flurry. The spinners would scalp seven of the 10 Australian wickets on the day. Despite Cummins’ late efforts, Sri Lanka held their nerves to win by four runs and take a 3-1 lead in the series.

22 percent of the auction unsold

Sri Lanka has allowed permission to the Chinese built-Pakistani guided missile frigate PNS Taimur to make a port call at Colombo while on its way to join the Pakistan Navy in Karachi.

Two individuals who had stolen three golden rings worn by former MP Amarakeerthi Athukorala when he was assaulted and killed by a mob have been arrested.

Sri Lanka Transport Board (SLTB) buses operating to rural areas from the Tissamaharama Bus Stand have withdrawn from services.