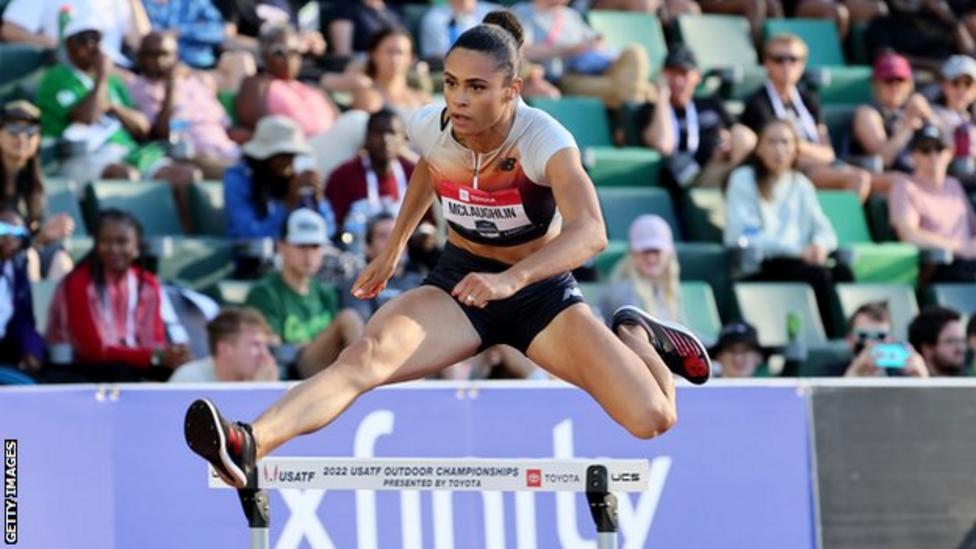 Olympic gold medallist Sydney McLaughlin broke her own 400m hurdles world record at the US championships in Eugene, Oregon, on Saturday.

McLaughlin, 22, knocked five hundredths of a second off the 51.46 seconds mark she set in at the Tokyo Olympics last year, winning the final in 51.41.

The victory earned he a place at July’s World Championships at the same venue.

In 2019 in Doha, she finished second to fellow American Dalilah Muhammad, who missed the US trials through injury.

Britton Wilson finished 1.67 secs back in second and Shamier Little took third, with the top three qualifying for the World Championships.

“I was just gonna finish the race, knew anything was possible,” McLaughlin said.

“We’re going to represent the USA well, we’re all going to try to get on the podium.” (BBC)