BASL accuses authorities of misleading the public on fuel 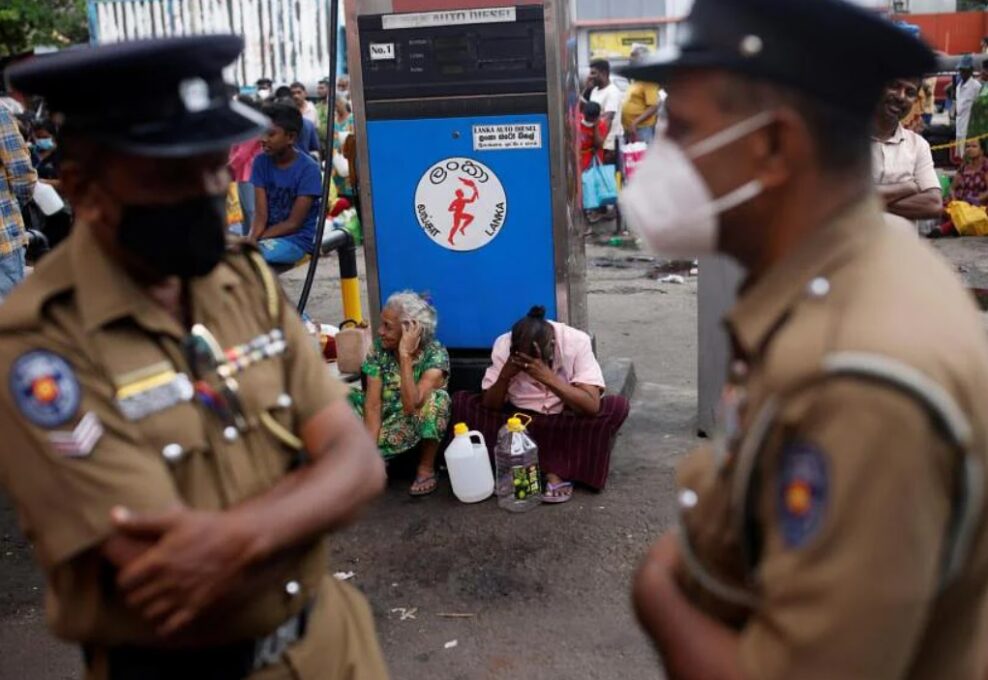 The Bar Association of Sri Lanka (BASL) has accused the authorities of misleading the public on the fuel supply.

BASL noted that the Minister of Power and Energy held a press conference on 26th June 2022 and the information revealed at this press conference made it clear that the public have been kept in the dark while the authorities gave them false hopes on the arrival of a ship with fuel.

The BASL called on the Government to present to the public a road map on its plans to extricate the country from the fuel crisis.

Issuing a statement, the BASL says the Government must also ensure that public transportation and essential services are not hindered.

The BASL said it is gravely concerned as to the manner in which the present economic crisis and the resultant shortages, especially of fuel are being handled by the Government of Sri Lanka (GoSL) adversely affecting the lives of the people, the administration of the country and running of businesses and ultimately the stability of the community.

It has also led to a deterioration of Law and Order in the country, the BASL said.

The sequence of announcements with regard to the supply of fuel by the authorities is set out below:

19th of June 2022 – It was announced that Letters of Credit for US$ 90 million were opened for shipments of petrol and diesel to be delivered respectively on 23rd and 24th June;

24th of June 2022 – It was announced that the Ceylon Petroleum Corporation (CPC) had been informed by the supplier that the petrol cargo confirmed to arrive the previous day was further delayed and a new date of arrival will be confirmed later that day;

25th of June 2022 – The Minister of Power and Energy announced that the suppliers had communicated the inability to fulfil the deliveries on time for ‘banking and logistic’ reasons. He requested that the public not line up for fuel next week (just a few days after making a similar request, during which fuel was delivered to petrol stations) and stated that the CPC is not able to confirm the arrival dates of shipments. He further announced that the refinery operations will be closed until the next shipment of crude oil arrive.

“Subsequently, the Minister of Power and Energy held a Press Conference on 26th June 2022 and the information revealed at this Press Conference make it abundantly clear that the public have been kept in the dark while the authorities gave them false hopes; that the date of the next shipment of fuel to the country is unknown; and that no explanation has been given as to why the reserves which were available were not managed in a better manner given the fact that the arrival of the next shipment of fuel was uncertain,” BASL said.

BASL said that the sequence of announcements by the authorities demonstrate the confusion that exists in respect of the fuel supply in Sri Lanka and the mistrust the public have with regard to official statements.

The BASL said it is alarmed at the failure of the Government to provide timely, accurate and reliable information to the people of the situation in respect of the fuel supply which affects every aspect of their daily lives already complicated by the economic crisis.

Day in and day out thousands of people are compelled to queue up at fuel stations across the country for petrol, diesel, and kerosene oil. They have had to stay in queues for more than 24 hours for fuel resulting in a massive waste of time and productivity.

The fuel queues have resulted in unrest and violence and led to mistrust among different sections of the community. There have been chaotic scenes at fuel stations and clashes between the people and the law enforcement authorities. The number of people who have died whilst staying in queues continues to rise.

There are reports of a thriving black market in the sale of fuel at excessive prices with very little effort by law enforcement authorities to crack down such activity. Long lines of empty gas cylinders can be seen on roadsides in anticipation of a shipment of gas which is said to arrive in the first week of July.

Fuel shortages are threatening every aspect of the economy including food production and distribution; adversely impacting Sri Lanka’s exports which are vital at this time; and even having a negative impact on the administration of justice.

Furthermore, the Government has failed to put in place a proper mechanism to ensure the fair and equitable distribution of fuel to the people.

The BASL calls upon the Government to immediately provide timely and adequate information to the public as to its plans in respect of ensuring the continuous supply of fuel in the short term; to present to the public a road map on its plans to extricate the country from the fuel crisis; and to immediately devise after proper consultation with relevant stake holders an effective plan to ensure the fair and equitable distribution of fuel to the people taking into account the need to ensure that public transportation and essential services are not hindered.

The BASL calls upon the President, the Government as well as all other political parties and actors to understand the sheer gravity of the present situation and the grave consequences which may threaten the social and economic stability in Sri Lanka. The BASL calls upon them to immediately take every step necessary to restore national and international confidence in the Government of Sri Lanka.

At this stage, for the greater good of the country the BASL says it is necessary that the President and all other relevant political actors bear responsibility for the hardships being caused to the people. (Colombo Gazette)

colombogazette.com - BASL accuses authorities of misleading the public on fuel