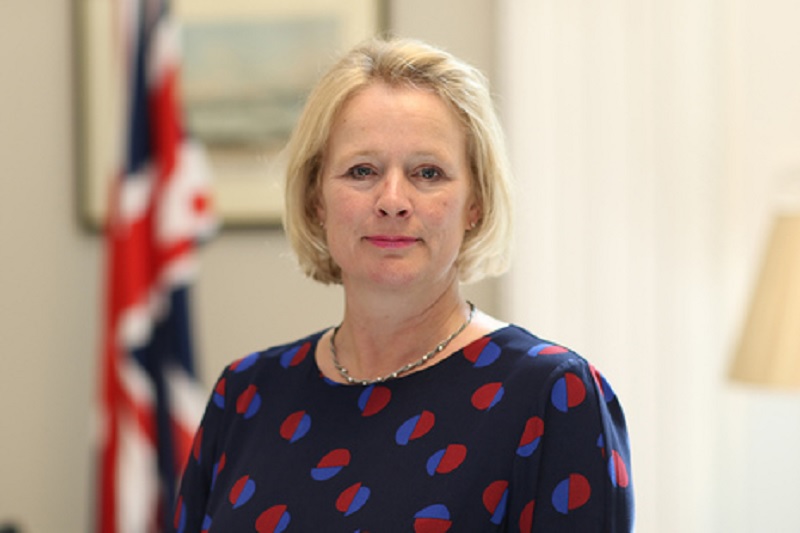 The United Kingdom (UK) says it recognises the economic challenges that Sri Lanka is facing.

In a written response to the UK House of Commons, Ford said that prior to the Covid-19 pandemic, tourism was a key export sector for Sri Lanka, making up almost 30% of total export revenues.

The UK is a key contributor to Sri Lanka’s tourism sector. It has been among the top three source markets in the past three years, placed as the second major country of origin for tourists in Sri Lanka in 2019 and 2020, and third in 2021.

Remittances from overseas workers have also been an important contributor to Sri Lanka’s economy in the past three years, worth around 8% and 9% of Sri Lanka’s total GDP in 2019 and 2020, respectively. Despite initially remaining constant in 2020, remittances fell by over 20% in 2021, down to their lowest levels since 2011, the UK Minister said.

She said the UK recognises the difficult economic situation in Sri Lanka and welcomes the start in-depth discussions with the International Monetary Fund (IMF) on reforms needed to bring the economy back to a sustainable path.

Ford said the UK recognises the economic challenges that Sri Lanka is facing and continues to monitor the situation in Sri Lanka closely, including the impact economic issues are having on food security and livelihoods.

“The existing social protection systems, including the Samurdhi programme, provide essential support to the most vulnerable communities in Sri Lanka and will be crucial at this difficult time,” she said.

The UK Minister added that the Sri Lankan authorities have taken a number of measures to help support the public, including an economic relief package of Rs. 200bn ($1bn) announced in January 2022.

Under the scheme, Rs. 1000 ($5) has been allocated to the beneficiaries of the government’s largest welfare programme ‘Samurdhi’, and a number of taxes and levies have been removed from essential foods and medicines.

The Government of Sri Lanka agreed on May 2 to provide a special three-month cash allowance from May to July worth Rs. 13.36 billion to 3.34 million families affected by the current economic crisis, with funding from the World Bank of which the UK is a major donor.