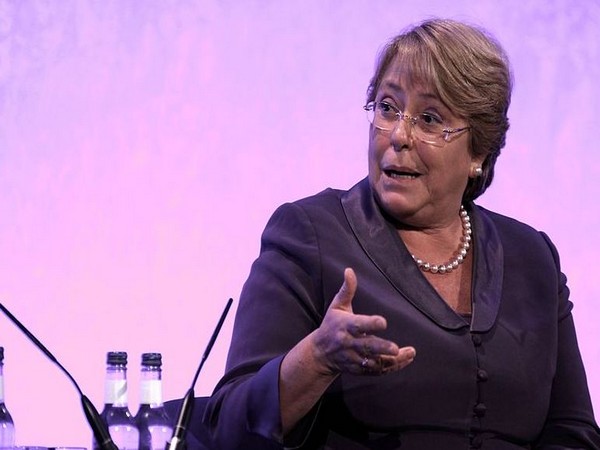 The recent visit of the UN rights chief Michelle Bachelet to China could be a golden chance to investigate the human rights situation in areas like Xinjiang and Tibet and to hold Beijing accountable for its abuses against Uyghurs and Tibetans, but it seems that the first visit of the right body chief turned out to be a “wasted historic opportunity”.

The first visit of a UN Chief in 17 years to China has made the world question the role of the United Nations in this era and the extent of influence China holds in twisting opinions and moulding narratives.

The Global Times reported that the statement by the UN rights chief at the end of her trip stressed that her trip was not an “investigation” and that this was “an opportunity to hold direct discussions – with China’s most senior leaders” on areas including “human rights” is “was a slap to the Western countries”.

Another Chinese media CGTN stated that the visit provided “a chance to clarify the situation and dispel a lot of misinformation and other things that have been put out”.
After the six-day trip to China, Bachelet provided no transparency about the trip and that a prison visit in Xinjiang was a “Potemkin-style sham,” Radio Free Asia (RFA) reported citing the Washington-based Campaign for Uyghurs.

“The high commissioner has disgraced herself and her office by refusing to investigate China’s genocide and adopting, repeating the Chinese regime’s narrative, further cementing their propaganda in the UN,” Rushan Abbas, the organization’s executive director, told RFA on Tuesday.

“Her comments seem custom-made for Beijing’s propaganda machine, and she neglects the duties of her office and the founding principle of the UN,” she said. Abbas called on Bachelet to step down from her post.

Following Bachelet’s highly disappointing visit, the World Uyghur Congress (WUC) strongly urged her office to release her independent assessment of the situation in East Turkistan, as a show of willingness to hold the Chinese government accountable for crimes against humanity and genocide being committed.

The International Campaign for Tibet (ICT) has expressed disappointment with the UN High Commissioner for Human Rights Michelle Bachelet’s visit to China, saying this trip has given a “political victory” to the Communist regime.

According to the Tibetan group, the UN Rights chief adopted the Chinese Communist Party’s framing of policies, domestically and internationally.

“The Saturday statement dismissed the rampant disinformation on the Xinjiang region and was also a slap to the US and some Western countries, their media and anti-China forces,” said Chinese state media while reporting on the high commissioner’s press conference.
Bachelet did not visit Tibet and referred only marginally to the situation in the region, which is regularly ranked as one of the least-free in the world, the group added.

Dozens of rights groups say the Chinese government has committed widespread and systematic policies of mass detention, torture, cultural persecution, and other offences against Uyghurs and members of other Turkic groups in Xinjiang that amount to crimes against humanity. (ANI)