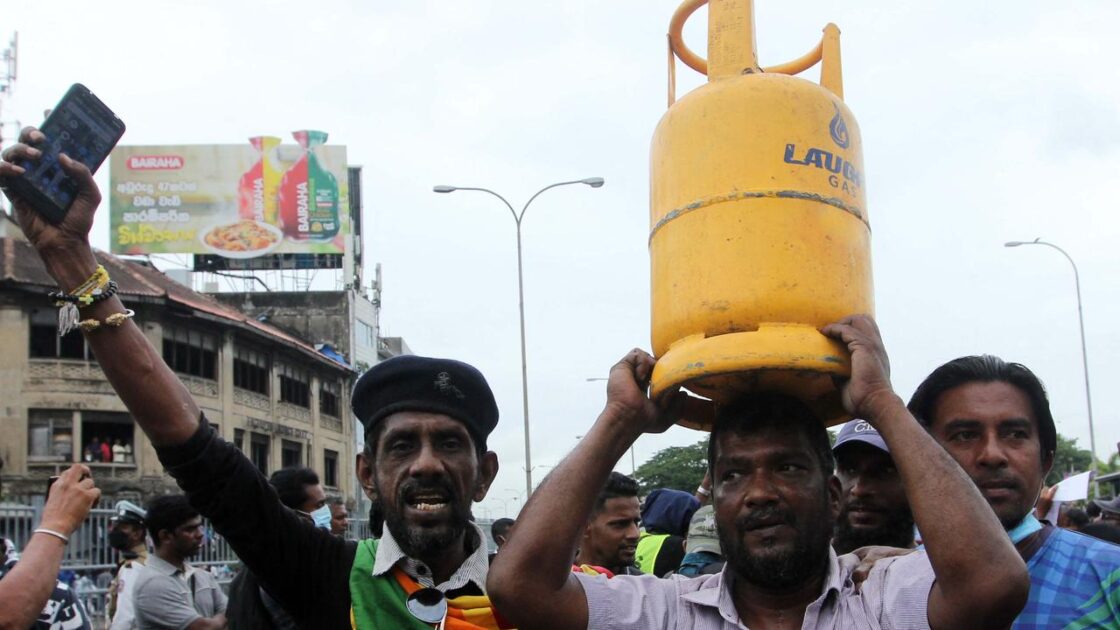 Sri Lankans living in Australia are refraining from sending desperately-needed funds to struggling friends and family back home, fearing money will never end up in the hands of those in need because the government will steal it.

Multiple members of the Sri Lankan community contacted by NCA NewsWire have lost trust in the government to the point where they believe their financial aid will be intercepted, leading to a feeling of helplessness amid the country’s economic crisis.

The government blames the crisis on the pandemic, but economic experts say the country’s misfortunes are due to monetary mismanagement.

Shortages have become so dire that only essential services are currently allowed to fill up fuel, while fears of a famine grow amid a concerning undersupply of food.

Upul Chandana, 49, is the secretary of the North Victoria Sri Lankan Welfare and Cultural Association.

“We can’t help. If you look on Facebook in the morning, you’ll have messages from a few friends in Sri Lanka asking for help,” Mr Chandana said.

“The thing is, the country needs dollars, but because of the frustration and disappointment, some Sri Lankan-Australians don’t want to send money.

“If we send dollars, the government will take it – it’s not going to help the community.

“The government says to send money through proper channels. We don’t want to do that, we don’t trust doing that.”

Australians looking to donate to the country should be wary of sending money, Mr Chandana warned, suggesting medical supplies could help make more of a difference.

“In terms of money, I don’t think money’s a good idea at all,” he said.

“Anything to do with medicine is good, but we can’t ask for more from Australians because the Australian government already pledged $50m to Sri Lanka.”

The Albanese government in June announced it would provide $50m in emergency aid, with Home Affairs Minister Clare O’Neil recently travelling to Colombo to stem the flow of Sri Lankans trying to reach Australia by boat.

Mr Chandana stresses Sri Lanka needs tourism to inject desperately needed money into its economy, but travelling there is unappealing because of gas and food shortages.

His 80-year-old father tells him the crisis is the country’s “worst-ever”.

Other members of the Sri Lankan community also expressed their concern in not feeling safe providing financial aid to loved ones, but they wanted to remain anonymous because they fear government repercussions when they eventually return to the island nation.

They describe President Gotabaya Rajapaska and his government as corrupt, with Mr Chandana even suggesting the current cricket series against Australia was established to distract the people from their country’s problems.

But he says it hasn’t worked, evidenced by protests including a snake of empty gas bottles lined outside the Galle stadium playing host to the test match.

Some pundits have labelled the island nation’s ongoing issues as a humanitarian crisis. (Courtesy News.com.au)