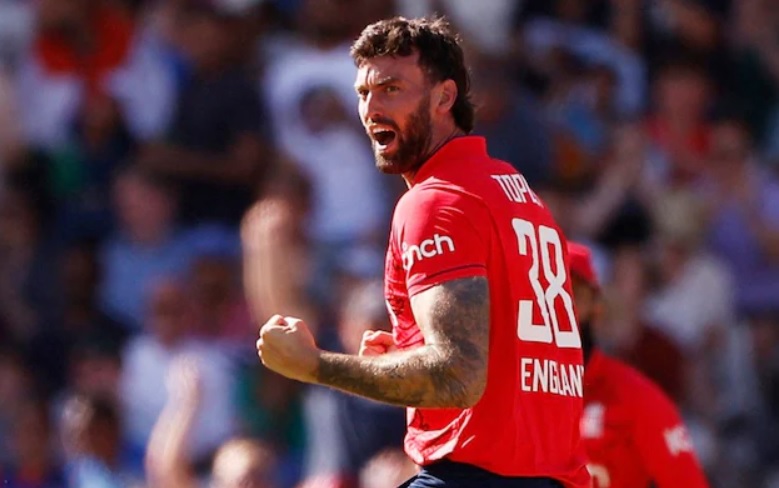 England held on for a consolation victory in the third Twenty20 against India despite Suryakumar Yadav’s sensational century at Trent Bridge.

Chasing 216, the tourists were 31-3 after five overs before Suryakumar’s 48-ball ton – his first for India – gave them real hope.

He dominated a partnership of 119 with Shreyas Iyer, hitting 14 fours and six sixes in an incredible display of flamboyant shots.

After wickets tumbled at the other end, Suryakumar launched an assault at the start of the penultimate over with 41 runs needed.

The first four balls yielded 16 runs but the 31-year-old mistimed his stroke looking to clear the ropes again and was caught at long-off for 117 off Moeen Ali.

Chris Jordan closed out the final over as India ended on 198-9, England winning by 17 runs and responding to heavy defeats in the first two matches.

India take the series 2-1 with the sides’ attention turning to a three-match one-day international series, which starts on Tuesday at The Oval.

England needed this win after their disappointing performances in the first two games. With India needing 185 from 15 overs and Rohit Sharma, Virat Kohli and Rishabh Pant back in the dressing room, the hosts looked comfortable.

What followed was anything but – Suryakumar playing one of the great innings in a losing cause.

The right-hander, often referred to by his nickname SKY, wristily took down both spin and seam. Two drives where he opened the bat face and cleared the off-side for six defied belief.

He also swept Jordan off his stumps as he took advantage of the short Trent Bridge boundaries.

The first crucial moment came at the start of the 16th over when, with 66 needed from 30, the impressive Reece Topley had Iyer caught behind for 28.

That halted India’s momentum and the wickets of Dinesh Karthik and Ravindra Jadeja, both lbw to David Willey and Richard Gleeson respectively, left the match on Suryakumar’s shoulders.

Moeen began the 19th over with a wide before Suryakumar cut him for four, smashed a six over long-on and hammered another cut to the fence.

India’s support was raucous but when Moeen tossed the ball up again, Suryakumar was caught after miscuing off the toe of his bat. He departed with the second-highest T20 score for India and the second-best individual total against England.

Jordan was left with 20 to defend against the tail and he did so expertly, taking wickets with two pinpoint yorkers.

England won but were given an almighty fright. (BBC)