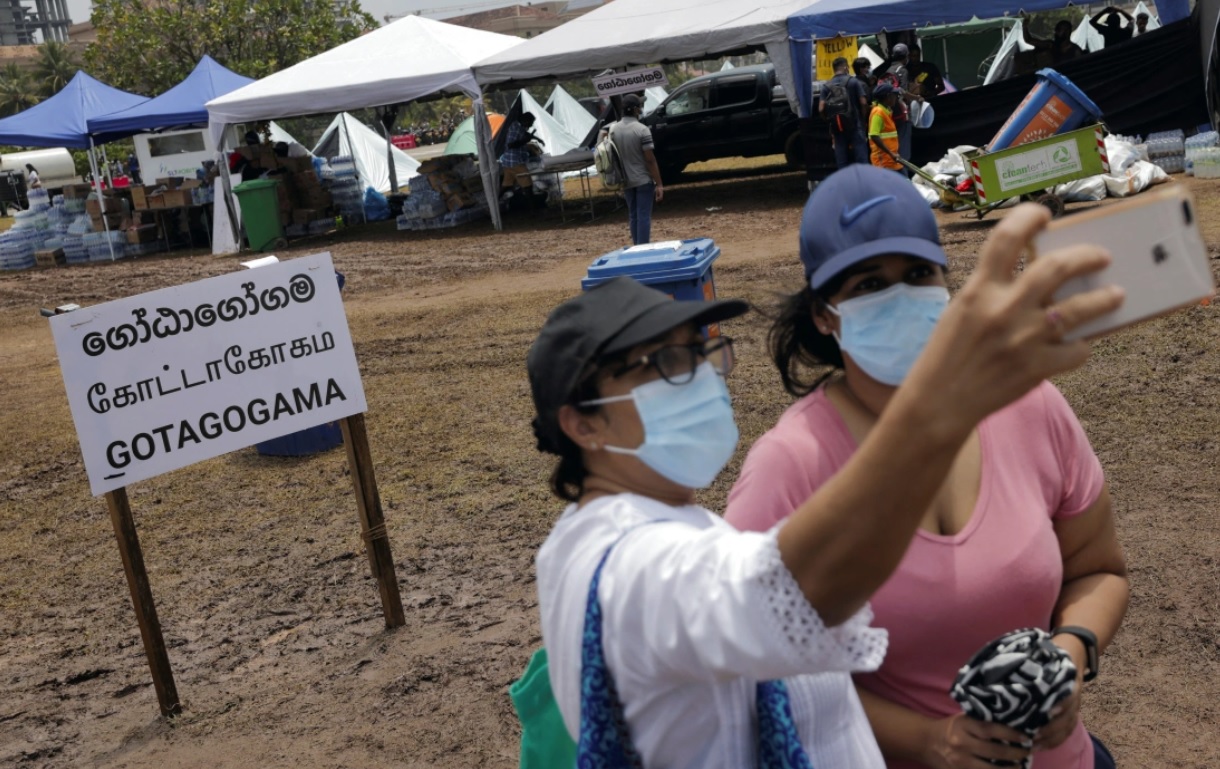 President Ranil Wickremesinghe insisted that the ‘GotaGoGama’ protest site has not been removed.

He also reaffirmed Sri Lanka’s commitment to upholding the rights of peaceful, non-violent assembly. The President expressed this stance to the Colombo based Diplomats at a meeting held on Friday (27), the President’s Office said today.

The meeting had been convened to brief the Diplomats on the removal of the protesters who had been illegally occupying the Presidential Secretariat. President Wickremesinghe stated that both Article 21 of the International Covenant on Civil and Political Rights, and Article 14 (1)(b) of the Constitution of Sri Lanka, which governs the rights of peaceful assembly, would be upheld by the Government.

The President further explained that the instructions given by the American Civil Liberties Union stated that protesters were not permitted to block government buildings and interfere with other purposes the property was designed for.

The Diplomats were also briefed on the measures being taken to ensure that non-violent protests were allowed to proceed within the city without endangering property or lives.

Facilities within Colombo, such as the Open-Air theatre at Viharamahadevi Park, New Town Hall, Hyde Park and Campbell Park were all being made available to non-violent protests.

Addressing concerns regarding the GotaGoGama protest site, it was explained that it had not been removed by security forces, contrary to erroneous social media reports.

Furthermore, the participants were also briefed by the Attorney General on the legal avenues being pursued, including producing all those arrested by the police before the Colombo Magistrate Court. (Colombo Gazette)

Sapugaskanda closed due to shortage in Forex
Friday, October 7, 2022 - colombogazette.com

The Sapugaskanda refinery has been closed due to a shortage in Forex for Crude Oil cargos. However there will be no shortage in refined products as CPC has adequate stocks of all products & CBSL has made available the weekly Forex requirements for refined products, Power and Energy Minister Kanchana Wijesekera said today.

The Madras High Court denied default bail to a few Sri Lankans who were part of an LTTE operation to steal Rs 40 crore from the bank account of a dead woman in Mumbai by fabricating documents. A division bench of justices PN Prakash and RMT Teekaa Raman recently dismissed the appeals filed by two […]

Sri Lanka’s economic crisis is deepening with unsustainable debt and a severe balance of payment crisis on top of lingering scars of the COVID-19 pandemic and debt restructuring and the implementation of a deep reform program are critical for Sri Lanka’s economic stabilization, says the World Bank in its twice-a-year update, underscoring the need for Sri Lanka to build resilience.The post Debt res...

Sapugaskanda refinery to be closed due to forex shortage
Friday, October 7, 2022 - adaderana.lk

The Minister of Power and Energy Kanchana Wijesekera says that the Sapugaskanda refinery will be closed from today due to the shortage in foreign exchange for crude oil cargos.