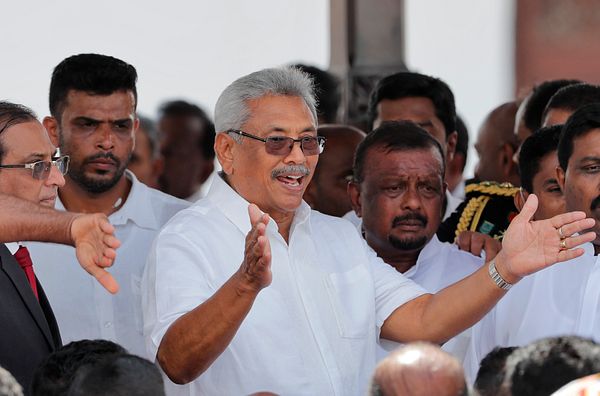 Weeratunga said that Rajapaksa is expected to return on 24th or 25th August.

He said that he had spoken to the former President who is currently in Thailand.

Weeratunga said that Rajapaksa had informed him that he will return to Sri Lanka next week.

However, he said that there could be a sudden change of plans.

Rajapaksa fled to the Maldives and Singapore before seeking refuge in Thailand as a result of the protests against him in Sri Lanka.

The Government had said this week that as a former President, Rajapaksa will be given security in Sri Lanka. (Colombo Gazette)

colombogazette.com - Gotabaya might return to Sri Lanka next week

[…]The post The Legitimacy Of Law – Questioning The PSO & PTA appeared first on Colombo Telegraph.

[…]The post Futility Of “Ranilnomics” Without Systemic Change appeared first on Colombo Telegraph.

Medical supplies worth over USD 2.74 million have been donated by HOPE Worldwide, a leading international humanitarian organization in the United States, to provide immediate relief to Sri Lankans.

Minister Kanchana Wijesekera says that amendments to the Petroleum Products (Special Provisions) Bill, paving way for new suppliers to enter as importers, distributors and retail operators for petroleum products, was approved by the Ministerial Consultative Committee on Power and Energy.