Ranjan Ramanayake sends an affidavit apologizing for contempt of court 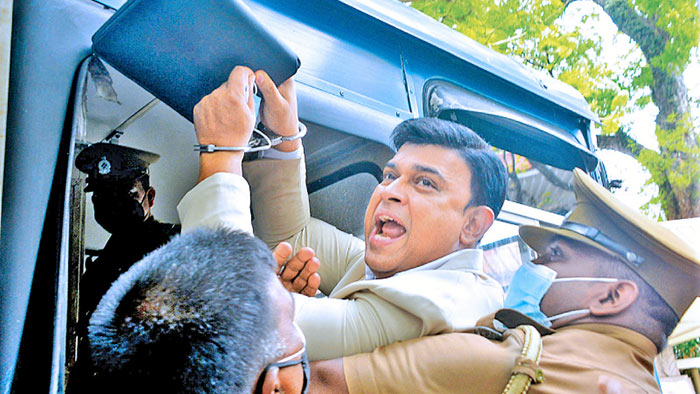 Former Parliamentarian Ranjan Ramanayake who is serving time for contempt of court apologised to the court via an affidavit today (August 25).

The affidavit produced to the court today notes that Ranjan Ramanayake apologised to the court with regard to both contempt of court cases filed against him.

It added that Ranjan Ramanayake accepts that his statement was wrong, and it caused disrespect to the Chief Justice and the Legal Fraternity and his statements were untrue, and he would withdraw those comments, and would not make such comments in the future.

In 2021, Ranjan Ramanayake was sentenced to a four year rigorous imprisonment by the Supreme Court on charges of contempt of court.

Earlier this year, Ramanayake was sentenced to a two-year rigorous imprisonment, suspended for five years over the second contempt of court charge.