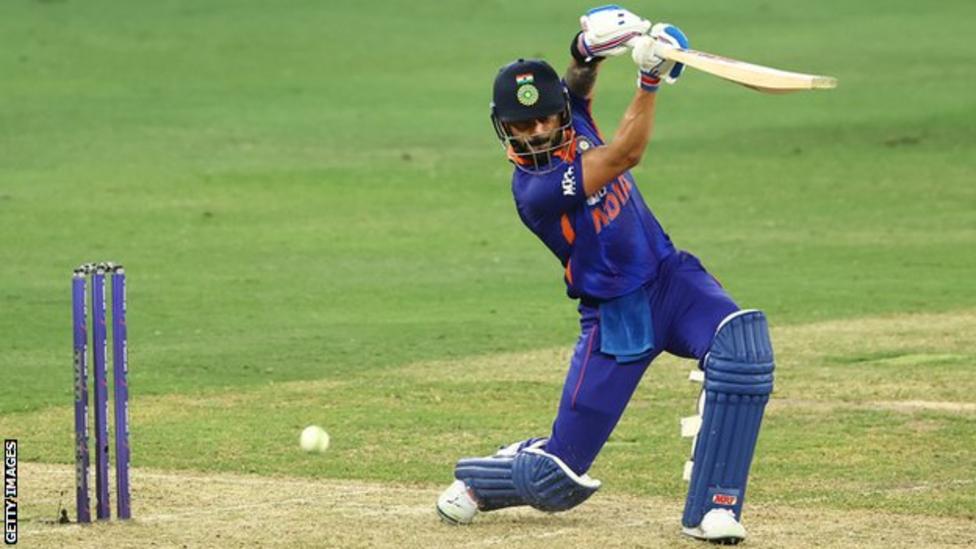 He hit 12 fours and six sixes to make his first international Twenty20 ton.

KL Rahul, who was captaining the side in the absence of Rohit Sharma, made 62 off 41 balls, while left-arm bowler Fareed Ahmad claimed both wickets.

Kohli’s 122 surpasses Rohit’s previous mark of 118 for the highest individual score by an Indian batter in men’s T20 internationals.

Neither India nor Afghanistan can qualify for the final, which will be contested between Sri Lanka and Pakistan on Sunday. (Courtesy BBC)