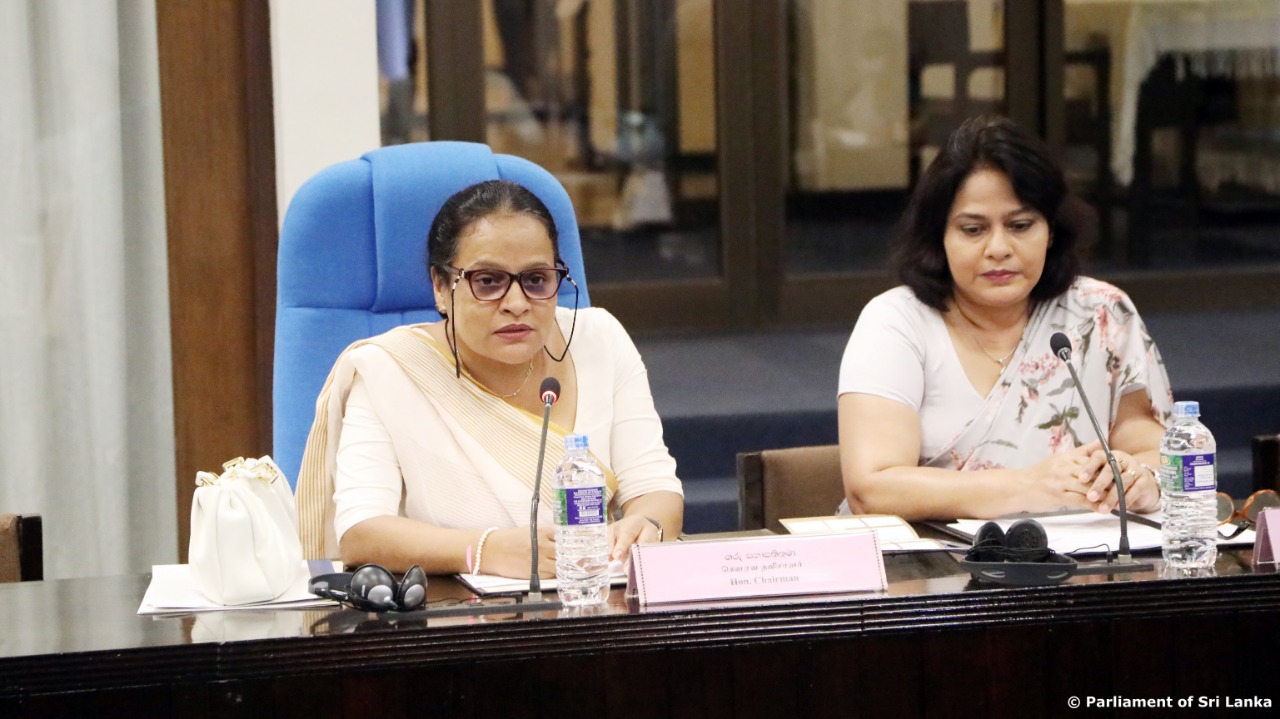 Member of Parliament Rohini Kaviratne has been elected as the new Chairperson of the Parliamentary Caucus for Children.

Kaviratne’s name was proposed by MP Udaya Gammanpila as the Chairperson of the Parliamentary Caucus for Children and seconded by MP Kins Nelson.

The other member who was appointed as the co-vice president of the caucus was MP Velu Kumar. MP Kins Nelson proposed his name and MP Ashok Abeysinghe seconded.

The appointments were made when the Parliamentary Caucus for Children met for the first time for the Ninth Parliament in order to find solutions to the problems related to children in the country by contacting the relevant ministries and other institutions with the aim of creating a better tomorrow for the children of Sri Lanka.

At the outset of the meeting, the secretary of the caucus, Chief of Staff and Deputy Secretary General of Parliament, Ms. Kushani Rohanadeera, stated that the Parliamentary Caucus for Children, which was started in the seventh parliament, was successfully implemented in the eighth parliament as well.

Leader of the Opposition, Sajith Premadasa, who participated in the meeting, said that he hopes to support the Parliamentary Caucus for Children.

Member of Parliament Mayantha Dissanayake mentioned that proposals on the future activities of the caucus can be presented on the next meeting day.

Ex-COPE Chairman makes another revelation: By Shamindra Ferdinando Parliament has blocked two specific proposals made by MP Prof. Charitha Herath in his capacity as the Chairman of the Committee on Public Enterprises (COPE) to enable the Parliamentary Watchdog Committee […]

The Academy of Health Professionals (AHP) has called on President Ranil Wickremesinghe to learn from the mistakes of his predecessor and refrain from issuing gazettes, one after the other, and then reverse them in order to prevent worsening of the crisis situation prevailing in the country’s health sector. AHP President Ravi Kumudesh, has, in a […]

The Bar Association of Sri Lanka (BASL) has threatened legal action against President Ranil Wickremesinghe’s reintroduction of war-time high security zones (HSZs). “The BASL will be carefully studying the provisions of the said order and take appropriate legal action to ensure that the Fundamental Rights of the people are secured,” the BASL has said in […]

by Ian Chappell The subject of captaincy has provoked some vociferous discussion lately, with the daring deeds of England captain Ben Stokes, and manoeuvring in Australia following the announcement that Aaron Finch had retired from ODIs. Finch’s retirement was lamented in many circles. This is understandable because he is a good white-ball captain. However, his replacement ought also to […]

The government would shortly set up a night safari park at the Pinnawala Elephant Orphanage, an official said.Agriculture Minister Mahinda Amaraweera yesterday assured representatives from the tourism sector and foreign delegates that he would take necessary steps to set up a night safari. (IN)

Chinese FM Wang Yi calls on Russia and Ukraine to ‘keep the crisis from spilling over’ and from affecting developing countries. (Al Jazeera) China and India have called for a negotiated end to the Ukraine war at the United Nations, stopping well short of robust support for traditional ally Russia.After a week of pressure at […]

Video: BITCOIN | THIS IS WHERE THE DIP BUYERS COME IN FOR BITCOIN!!! | BNB, ETHEREUM
Video: BE CAREFULL WHEN TRADING XRP??? | ADA, SHIB, DOGE, AND POLYGON
Video: RATES WILL GO UP TILL 2023 AND THE MAREKTS WILL COME DOWN UNTIL THEN!!!
Video: BITCOIN | THIS IS THE BOTTOM??? | BITCOIN, ADA, AND ETHEREUM
Video: CRYPTO MARKETS WILL NOT RECOVER FOR A LONG TIME!!!
Video: THE NEWEST MEMBER IN THE CRYPTO FAMILY!!! | ETHEREUM, BITCOIN, AND DOGECOIN
Video: I MET A FRIEND IN VANCOUVER | XRP AND XLM, READY FOR A LONG RUN!!!